In keeping with current trends in Korean vlogs, many YouTubers choose not to reveal their faces or identity in their videos. There are many successful vlogging accounts that do not reveal their faces, such as Jihyunkkoong, who posts her daily meal prep in vlogs. Her vlogs average over a million views each, despite her face not appearing in them.

A new account popped up about 3 months ago, H:LIFE. He vlogs his daily life from things such as exercising, eating, and meeting friends. It soon became an open secret amongst fans that the person behind the account was none other than Hyuk from VIXX. However not only did he deny it, but he also recently made a video where he “managed to get a phone call with VIXX’s Hyuk“.

Of course, no one was fooled! Hyuk finally decided to reveal his identity to fans in his latest video.

Hyuk revealed that he originally wanted to reveal his identity only after 6 months to a year into running the channel. However, he began to receive comments that questioned his identity such as “You’re saying you’re not VIXX’s Hyuk?? Okay, Hyogi-ssi.” and “A hidden camera prank where there’s someone trying to fool people but no one being fooled.” 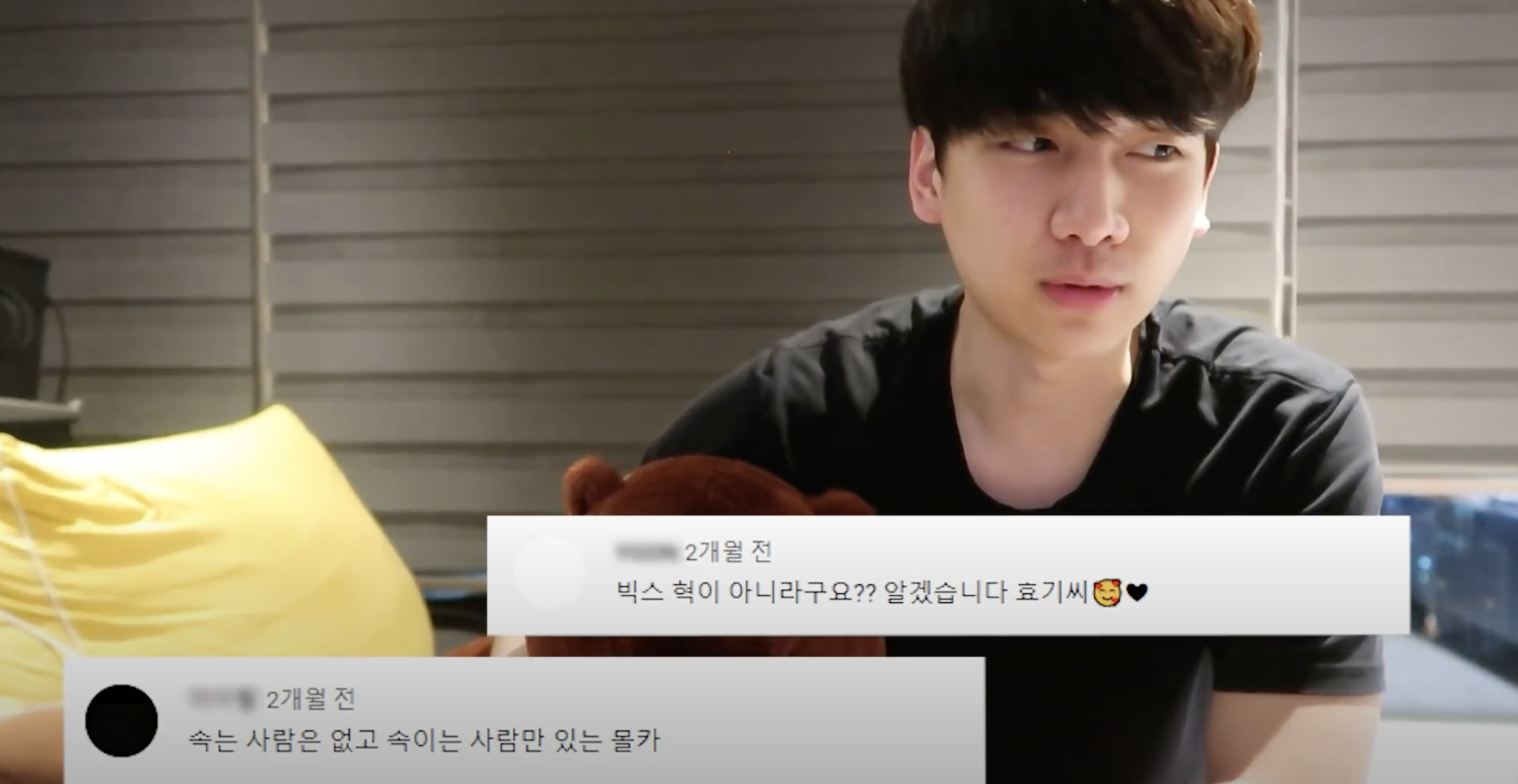 He decided to reveal his identity as it has come to a hundred days since he has made the channel. Currently, he is working as a singer-songwriter and continuing theatre activities as well as studying as a Masters’s student. He plans on using his channel to communicate with fans and to show them more parts of his daily life.

Be sure to check out his channel, H:LIFE and leave some supportive comments!

VIXX’s N Shows Off A Coffee Cart Sent To Him By His New CEO, Actor So Ji Sub