The head of the United Nations International School defended the controversial decision to allow 10 elementary school students to appear in a photo op with First Lady Melania Trump at the New York Stock Exchange next week.

Executive director Dan Brenner said UNIS administrators knew the event would elicit a “strong reaction” but decided it represents an important chance to share the school’s values with Melania Trump and the general public.

“Debate and dialogue are fundamental to the (UN’s) core mission,” Brenner wrote in a Wednesday letter to the UNIS community. “As a school, we embody these ideals as we teach and educate our students.”

Ten UNIS students will accompany Melania Trump on Monday when she rings the opening bell on Wall Street.

A spokeswoman for Melania Trump called the event a “unique opportunity" and a chance for the third- and fourth-graders to discuss ”the importance of kindness, healthy living, and responsible choices" with the First Lady. 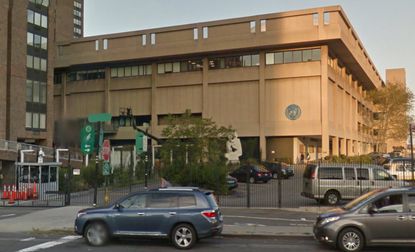 Some parents and administrators cried foul when they heard about the plans to include the students in the photo op, which they said improperly suggests that UNIS backs the Trump administration.

The 10 who will meet Melania Trump are among 90 students who volunteered to take part in the event.

The UN will be in the spotlight next week as its annual general assembly kicks off, bringing scores of world leaders to the Big Apple along with their traffic-choking motorcades.

The school, which has campuses on the East Side and in Queens, has about 1,600 students, about half of whom have parents who work for the UN.