State-sanctioned, safe injection sites is among the options lawmakers will talk about at a continuing series of roundtables and hearings on the opioid crisis.

The next session is scheduled for Monday on Staten Island, one of the epicenters of the epidemic.

“Staten Island has been struggling with this for close to 10 years now,” co-host state Sen. Diane Savino (D-Staten Island) told the Daily News.

“We’re still struggling with, how do we create programs that work for people who for whatever reasons do not seem to want to stop using opioids?”

The roundtable comes after deadly overdoses declined for the first time in years last year — there were 1,444 deaths in 2018, 38 fewer than the year before, or a 3% drop, according to city Health Department stats.

The Staten Island neighborhood of South Beach-Tottenville was one of the five worst-hit areas in the city.

“What I’m hoping that we’ll get out of this discussion tomorrow is highlighting the good,” Savino said.

“Overdose deaths on Staten Island have been reduced, and that’s partly because of public education, Narcan training," she added, referencing the widely distributed anti-overdose drug. 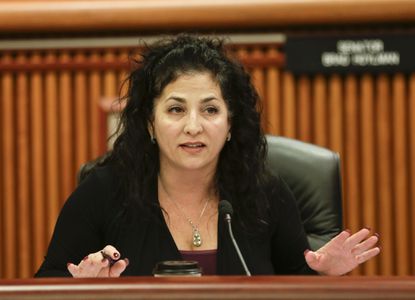 Savino plans to discuss “alternative harm-reduction methods,” such as sites where opioid addicts can take drugs in safe conditions.

Over the summer, members of the Joint Senate Task Force on Opioids, Addiction & Overdose Prevention visited a safe injection site in Toronto.

He acknowledged potential taboos about letting people shoot up under state auspices, but said, “My response to that is, ‘I want it in my backyard because I want my neighbors to be alive tomorrow.’”