The princess is the sister of Prince Mohammad bin Salman, whom U.S. intelligence officials blame for ordering the gruesome murder of Washington Post journalist Jamal Khashoggi in 2018.

According to CNN, Egyptian-born Frenchman Ashraf Eid was renovating an apartment in Paris owned by the Saudi royals when he said he took photos of the unit “for reference” in his work in 2016.

Eid testified that Hassa, who did not attend the trial, accused him of photographing her and ordered her bodyguard, Rani Saidi, to tend to the matter.

Saidi allegedly hit and kicked Eid, as well as tied him up and made him kiss the princess’ feet at gunpoint. The laborer contends that he was the degraded by Hassa. 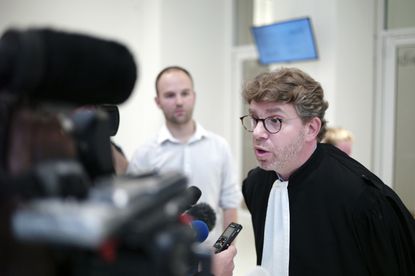 Hassa, who left France three days after the incident, was given a 10-month suspended sentence and and an $11,000 fine in absentia, the report said. Her lawyers plan to appeal the decision, which they told CNN they received with “great incredulity and indignation.” They claim the princess is innocent.

A French judge reportedly issued a warrant for her arrest in 2017 when the princess declined to respond to the courts after leaving France.

Bodyguard Saidi was handed an eight-month suspended sentence for roughing up Eid and assessed a $5,600 fine for his actions.

In October 2018, a 59-year-old Washington Post journalist critical of Saudi Ararbia’s government was killed and dismembered inside the country’s Turkish embassy. United Nations officials concluded the Kingdom of Saudi Arabia was to blame for the killing and that there was “credible evidence” the crown prince was involved. Saudi officials blamed the death on rogue government operatives acting without the prince’s knowledge.