Some fans may not have known, but former 2NE1‘s Sandara Park actually began her career in the Philippines! At the beginning, Sandara competed in the Filipino talent show, Star Circle Quest, in 2004. She finished in second place and went on to act in several films and create a Filipino album titled Sandara, with the title track “In Or Out.”

Recently, Netflix rebooted the song in a fun new way for their film Army of the Dead. Army of the Dead is a zombie heist film created by Zach Snyder featuring names like Dave Bautista, . It is an action-horror-comedy about a group of soldiers who plan to rob a Las Vegas casino in the middle of the zombie apocalypse. 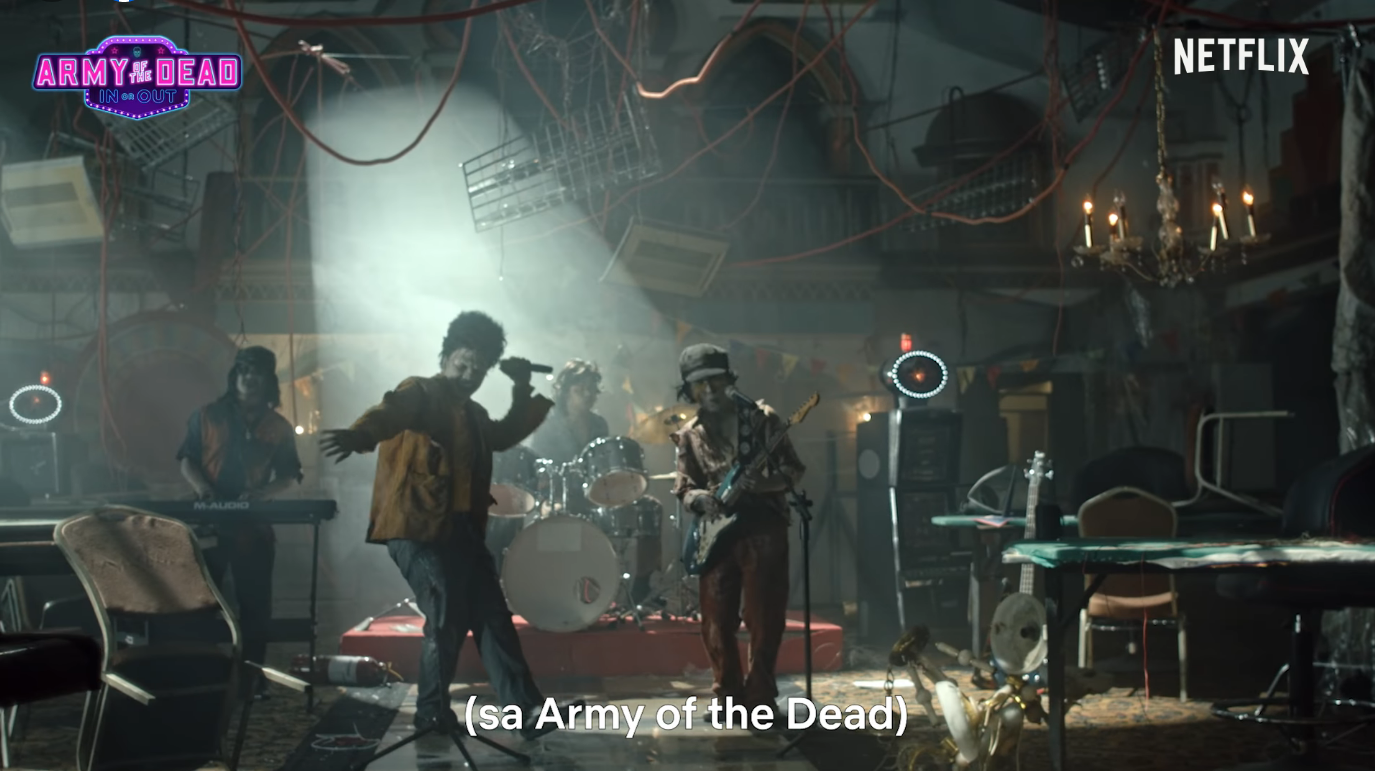 The reboot featured a zombie band, as well as zombies introducing characters of the film. The song is pretty much exactly the same except some of the lyrics were changed to be more apocalypse evoking.

The movie is already out in theaters and will be released on Netflix on May 21! Check it out!

Army of the Dead: In or Out

1 City. 10 Lives. Millions of dollars at stake.Place your bets, mga sis! Sino sa ating heistmates ang magiging ultimate big winner?P.S. Who knew In or Out could be a zombie bop?? 🧟‍♀️