To get into character as a serial killer known as The Surgeon in Fox’s new drama “Prodigal Son,” Michael Sheen relies on a line from a nearly five-decades old poem.

“They f--k you up, your mum and dad, they may not mean to, but they do,” reads the opening line of English poet Philip Larkin’s “This Be The Verse.”

That helps Sheen step into the role of the murderous and imprisoned Dr. Martin Whitly, the Welsh actor told the Daily News. Whitly’s son, Malcolm Bright, played by Tom Payne, was just a boy when his father was taken away in handcuffs. Malcolm is now a criminal psychologist, determined to stop killers where he couldn’t stop his dad.

“You are shaped by your past, you’re shaped by your family, the formative experiences you go through growing up,” Sheen, 50, told The News. “As dark and traumatic as they can be, you can also turn them into positive. Trying to balance that is a life’s work. It’s trying to balance the negative and then turn them to our advantage and into the qualities that make us unique.

“Trying to balance the light and the shade.”

Sheen, who in 2013 earned a Golden Globe nomination for his role in Showtime’s “Masters of Sex,” is arguably having one of the best, if not wildest, years of his career between “Prodigal Son,” Amazon’s miniseries “Good Omens,” and the CBS All Access show “The Good Fight."

While most of us didn’t grow up with a loving parent who slaughtered people in their spare time, we know how it feels to overcome obstacles in childhood. And that’s the inspiration for “Prodigal Son," premiering Monday at 9 p.m. on Fox. 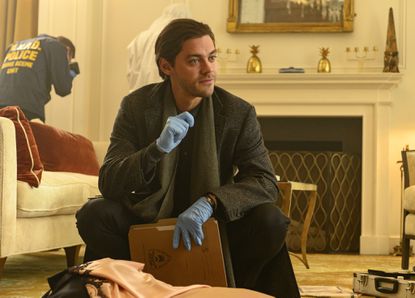 “It always started as a family conversation,” showrunner Chris Fedak told The News. “(Co-showrunner Sam Sklaver) and I were talking about our parents and how they mess us up and make us how we are and why Sam’s so funny and I’m so weird. Our parents are not serial killers. Sam’s father is a lawyer; my father’s an insurance salesman. But what if your father was the worst person in the world? What if your father was a serial killer?”

And while Whitly may be the worst person in the world, the character is also addictive to watch. Sheen, with his wild eyes and his graying beard, fills the role with vibrance and electricity. The whole show is obscenely over-the-top, full of outrageous puns and dismembered hands. Whitly’s wife, Jessica (Bellamy Young), pops pills like Tic Tacs and prescribes the same to everyone around her. Malcolm chains himself to his bed every night to stave off the nightmares.

“You’ll see a lot of Malcolm attempting to get to the bottom of himself in an attempt to get closer to his family,” Payne, 36, told The News. “Family is all that you are.”

In its first couple of episodes, “Prodigal Son” balances humor and depression in a hilarious manner, or at least as hilarious as a serial killer and his son can be. But the darkness of just how extensive childhood trauma can be shines through, too. 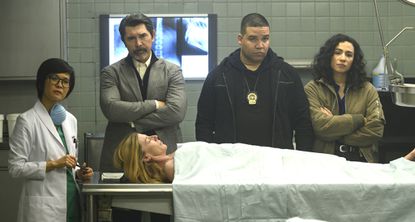