MALE, Maldives ((DailyNews)) — Maldives’ first democratically elected president and current Parliament Speaker Mohamed Nasheed has been injured in a blast Thursday near his home and was being treated in a hospital in the capital, police said.

The police media unit text message did not give more details but said it has started investigations and urged the public to refrain from going to the blast area in the capital, Male.

Maldives Home Minister Imran Abdulla told a local television that Nasheed’s injuries were not life-threatening and that the government will get the assistance of foreign agencies in the investigations.

Nasheed, now 53, became the first democratically elected leader of the archipelago state after a 30-year autocratic rule. He served as president from 2008 until 2012 when he resigned amid public protests. He was defeated in the following presidential election and became ineligible to enter the 2018 election due to a prison sentence. His party colleague Ibrahim Mohamed Solih won the 2018 presidential election.

In 2019, Nasheed was elected Parliament speaker and he has remained an influential political figure in the country.

Photos circulated on social media showed a ripped up motorcycle at the scene but police did not say whether the blast was an assassination attempt. However, neighboring India’s External Affairs Minister S. Jaishankar in a tweet described the blast as an attack on Nasheed.

“Wish him a speedy recovery. Know that he will never be intimidated,” Jaishankar said.

Nasheed is known as a champion against global warming and an outspoken critic of religious extremism in this predominantly Sunni Muslim nation, where preaching and practicing other faiths are banned by law.

Maldives is known for its luxury resort islands but has seen rare violent attacks. In 2007, a blast in a park in the capital wounded 12 foreign tourists. 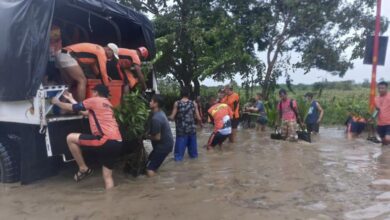