As commander of the Midtown North Detective Squad, the 44-year-old lieutenant has already overseen some 3,000 investigations in 2019. But come Jan. 1, he said his job is going to take on a whole new level of challenges.

That’s because of a series of new laws passed by the state legislature that Sykes and a range of police commanders, detectives and prosecutors think are wrongheaded and will be extremely difficult and costly to enforce.

While Sykes said he thinks criminal justice reform is a good thing, the practical effect of these laws will make his job more difficult. “It’s going to create an overwhelming level of stress, not only for my detectives, but for the witnesses and the victims,” Sykes told the Daily News.

For example, Sykes said his detectives will have to warn crime victims and witnesses that more than likely, their attackers will either be on the street or have their names and contact information much faster. That will could scare some people out of cooperating, he said.

“It’s just going to be really challenging for us,” Sykes said. “The law won’t allow for us the time to massage and triage and get people more comfortable and convince them we have their safety and their best interests in mind.”

From his perch at the Queens District Attorney’s office, veteran prosecutor Robert Masters is in the same predicament. “It is going to cause seismic changes,” Masters said. “There are hard situations that are on the horizon. But once you bring up anything and say it’s going to cause difficulties in processing cases, it’s labeled as fear mongering.”

Masters noted that grand jury testimony has to be turned over, when historically it was secret — a factor that helped get witnesses to work with prosecutors. “People are already very anxious about cooperating,” Masters said. “It’s going to become a disincentive to cooperate.”

The new, mandated time limits to turn over evidence has Sykes concerned given the amount of work NYPD detectives put into each case.

Getting and assessing the security and body worn camera video alone can taken a lot of time, especially in a place like Midtown which is teeming with cameras. If it’s discovered that something has not been turned over by the deadline, cases could be dismissed.

“There are so many things that have to be done,” Sykes said. “We have to watch the video in real time, we have to analyze it. You have technical issues. The turnaround just isn’t reasonable. It’s not fair to us.”

Moreover, cops say the new discovery law will help accomplices in crimes. “They’re going to know our playing cards," Sykes said. “While I’m still chasing down the partner, he’s going to have everything we have.” 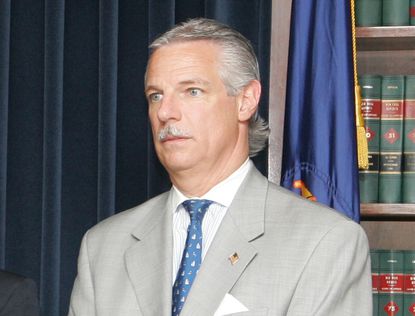 The law requires judges to release people without bail for misdemeanors and some felonies. But prosecutors say some of those offenses should not be on that list.

“There are some homicide offenses where you can’t even ask for bail,” Special Narcotics Prosecutor Bridget Brennan said. “Criminally negligent homicide is not bail qualified. Certain robbery charges are not, as well as certain burglary charges.”

The NYPD loosely estimates the laws will carry a $100 million price tag, but the legislature didn’t include any funding, even though the measures were shoehorned into the last budget bill. Similarly, Masters said his office will have to hired “dozens” of new paralegals to collate and track the evidence.

“This is all unfunded by the state,” Police Commissioner James O’Neill said. “One of the biggest issues I have with this was the way it was all done, and we weren’t consulted. I know that it’s well intentioned, but you got to use some common sense here." 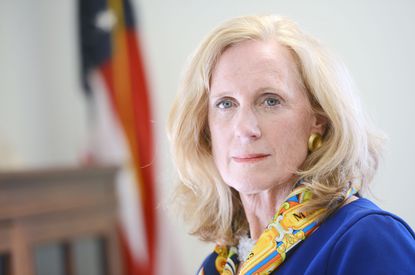 This story is the first in a series about upcoming criminal justice reforms that will change how people are prosecuted and detained for crimes.