For years, Shaquara Peters thought she was the only student at CUNY’s Lehman College in the Bronx sleeping in a homeless shelter and struggling to cobble together enough money for her next meal.

“Things were scary,” she recalled. “There were always times when people were making fun of me.”

But Peters confided in a director of the college’s food pantry, who reassured her she was far from alone. The staffer told Peters about a group of filmmakers working on a documentary about the growing ranks of college students who experience food insecurity and homelessness.

More than two years later, Peters is a graduate of Lehman College with a degree in nutrition. And the film, a documentary called “Hungry to Learn” produced by ex-CNN anchor Soledad O’Brien, is set to premiere Saturday at the DOC NYC festival in Manhattan. Peters is one of four students featured.

The documentary follows Peters and three other college students from New Jersey and Pennsylvania as they navigate financial hardship, housing insecurity and hunger in pursuit of their degrees.

Such challenges “are not new to higher education, but they are being talked about more, and they’re probably more widespread,” said Sara Goldrick-Rab, a professor at Temple University whose research helped inspire the film.

In surveys her team conducted at community and public colleges, Goldrick-Rab found that as many as one in two college students worry about how they’re going to pay for their next meal, and up to one in five experience homelessness at some point during the academic year.

The reasons are complex, says Goldrick-Rab, ranging from rising tuition costs to skyrocketing rent prices to diminishing public funding for colleges, which forces them to turn to expensive meal plans to stay afloat.

“I wish it were as simple as there’s just a set of evil actors,” she said.

The film, directed by veteran documentarian Geeta Gandbhir, illustrates just how devastating that web of challenges can be for students like Peters.

In emotional interviews, Peters describes the exhaustion of waking up at 5 a.m. to commute to class and trying to hold down multiple jobs while keeping up with readings, tests and papers. In one particularly jarring scene, filmmakers capture audio of the moment Peters learns she and her father, an undocumented immigrant, have been kicked out of a family shelter.

'When you need college to get out of poverty, how do you do it with all these life challenges trying to suck you under every day?” 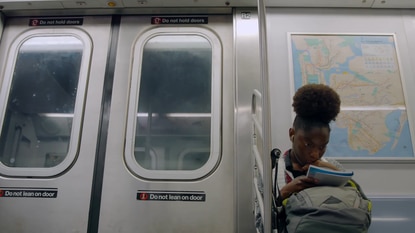 “I don’t think [Peters] realizes how amazing she is," O’Brien added. “As the arc of the doc continued...she went from being ashamed and embarrassed to saying somebody needs to be a voice.” 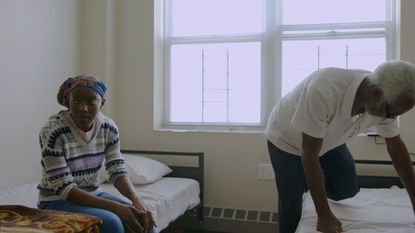 The film premieres Saturday at 2:15 p.m. at the School of Visual Arts Theatre in Chelsea, and plays again Nov. 11 at 12:40 p.m. at the IFC Center in Greenwich Village.