With the score tied at 3 on a chilly night, Yadiel Hernández lined a single against Jonathan Loaisiga (3-2) that right fielder Aaron Judge allowed to bounced off his glove for his first error since Sept. 30, 2018.

Victor Robles followed with a sacrifice bunt up the third-base line and reached when DJ LeMahieu, moved across the diamond a day after Gio Urshela injured his left knee, threw wide of first.

Trea Turner hit a go-ahead single and Harrison, batting .325 on the season, drove a 1-0 fastball into the left-field stands for a 7-3 lead.

Kyle Schwarber hit a run-scoring single off Luis Cessa and shortstop Gleyber Torres allowed Yan Gomes’ grounder to bounced past his glove for a run-scoring error.

Juan Soto, making his first start after missing 10 games with a strained shoulder, added a two-run homer against Cessa in the ninth.

New York’s bullpen had a major league-best 2.24 ERA through Wednesday but Chad Green wasted a 3-2, eighth-inning lead in a 7-4 loss to Houston on Thursday, and Loaisiga and Cessa combined to allow eight runs — six earned — in two innings.

The Yankees lost their second straight following a five-game winning streak and dropped back to .500 at 16-16.

Kyle Finnegan (2-0) pitched a scoreless seventh for the win. Washington’s bullpen entered with 28 consecutive outs before Finnegan walked Gary Sánchez, his second batter in the seventh. A streak of 36 outs for Nats relievers ended when Clint Frazier hit an RBI single off Will Harris in the ninth.

LeMahieu hit solo opposite-field homers to right in the first and fifth innings off Patrick Corbin, who allowed three runs and four hits in six innings, dropping his ERA from 8.10 to 7.36. LeMahieu has six homers off Corbin, his most against any pitcher the most Corbin has allowed to any batter.

Josh Bell hit a solo homer in the second off Jameson Taillon and Gomes hit a two-run drive for a 3-1 lead.

Sánchez homered in the bottom half, his first home run since April 3. Sánchez had been in a 2 for 30 slide.

SLUGGER ON THE MEND

Soto was was 2 for 5. The reigning National League batting champion appeared as a pinch-hitter in each of Washington’s previous three games, failing to reach base.

Miguel Andújar was recalled from Triple-A Scranton/Wilkes-Barre and went 0 for 5 in his first big league game at first base. Andújar got his first chance right away as Turner led off the game with a grounder to the right side which Andújar fielded cleanly for an unassisted putout. Andújar has missed significant time with injuries since finishing runner-up to the Angels’ Shohei Ohtani in the 2018 AL Rookie of the Year voting. Reliever Albert Abreu was optioned.

Frazier ran a long way into left-center for a sprawling catch on Harrison in the third. Harrison rounded the bases and appeared to laugh as he completed his jog.

Nationals: RHP Wander Suero (strained left oblique) was with the team Friday and continued his throwing program. He is scheduled to travel Saturday and pitch in Lehigh Valley on Sunday for Triple-A Rochester. … RHP Stephen Strasburg (right shoulder inflammation) was also with the team and is scheduled to pitch in a simulated game Tuesday at Nationals Park.

Yankees: Urshela (swollen left knee) is day-to-day. An MRI confirmed the knee is structurally sound. Urshela has minor swelling. … 1B Luke Voit (left knee surgery) was 0 for 3 with a walk and a run scored for Scranton/Wilkes-Barre. The hulking slugger played four innings in the field. 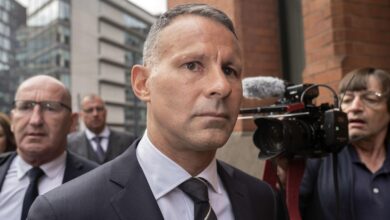 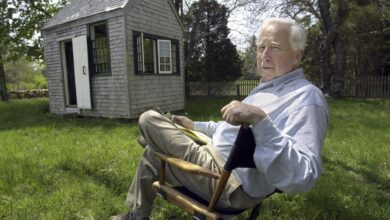 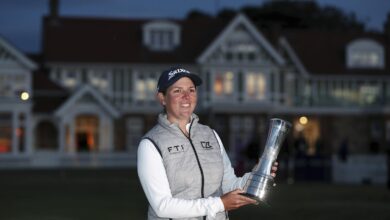 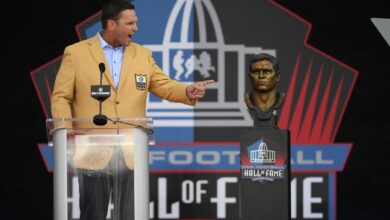