It’s one of Mike Bloomberg’s favorite jokes, but he’s not kidding. Having a good time didn't get him through two Ivy League schools. It didn't make his name on Wall Street or help his start-up take off. It didn’t make him a billionaire.

But with that money, he was able to buy a lot of happiness.

Much of it, Eleanor Randolph’s “The Many Lives of Michael Bloomberg” suggests, was for other people.

Bloomberg grew up middle-class and learned vital lessons from both parents. His mother, a hard-charging force-of-nature, taught him determination. His father, a mild-mannered accountant who never made more than $6,000 a year, but always wrote a check to the NAACP, taught him an equally valuable lesson: Give back.

Born in Boston in 1942, Bloomberg was a pint-sized troublemaker from the start. Only two things could make him behave – the chance to add another Boy Scout badge or a promised trip to a science museum.

Those twin urges, for competition and knowledge, remained his guideposts for life. But when his father died while Bloomberg was in college, something in him shifted. After leaving Johns Hopkins with an engineering degree, he switched to Harvard Business School.

He knew he would never be a great engineer, he said. And he knew smart business people made money. 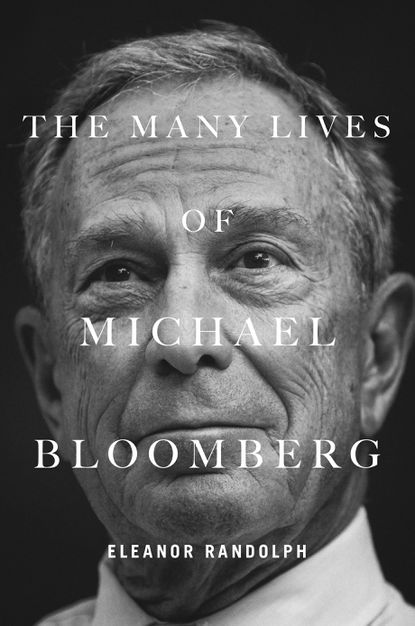 “We slaved in our underwear, in an un-air-conditioned bank vault, with an occasional six-pack of beer to make it more bearable,” Bloomberg recalled. “Every afternoon, we counted out billions of dollars in actual bond and stock certificates to be messengered to banks for collateral as overnight loans.”

Then, the next morning when the papers came back, Bloomberg and his fellow wage workers returned to the steamy bank vault and started counting again.

That was the way business on Wall Street was done then, by hand. If someone needed a copy of something, you used carbon paper. If they needed it in a hurry and they were on another floor, you put it in a basket and lowered it out the window on a rope.

Bloomberg, the proud president of his high school’s Slide Rule Club, knew there was a better way. During his 15 years at the firm, as he rose higher and higher, he talked louder and louder about bringing in computers.

His bosses weren’t convinced, but then his know-it-all cockiness and Ivy League degrees always alienated some of the old guard. When the firm sold in 1981, he was fired. But he was given his accumulated share of profits: $10 million.

He took it, and a few friends, and started a company selling the new Bloomberg Terminal, his data-delivery system. It would become essential in finance and make him the richest man in New York.

So why not run New York?

He first ran for mayor in 2000. It was an improbable campaign. A lifelong Democrat, Bloomberg switched parties, figuring the Republican primary was easier. He handily beat the ever-hopeful Herman Badillo.

No one expected Bloomberg to win the mayoral race. The GOP had ruled New York for eight years under Rudy Giuliani. People seemed to want a change.

What they didn’t want, however, was the abrasive Democratic nominee, Mark Green. Bloomberg squeaked by, winning 744,757 votes to Green’s 709,268.

Clearly, Bloomberg would be a different kind of mayor. He had spent years on Wall Street, where insults, foul language, and crude sexual come ons were part of the macho culture. Some women complained life was no better at his company.

Bloomberg toned it down a bit in public, but his bluntness could still startle. Asked if he had ever smoked marijuana, he responded, “You bet I did. And I enjoyed it.” While raising the city’s real-estate tax, he refused to target the wealthy, or even criticize them.

“We love the rich people,” he said. “If you make more money, you deserve more money.”

The critical difference between him and other billionaires? Bloomberg wasn’t greedy. As mayor, he set his salary at $1 a year. When his office building became eligible for a major tax break, he refused it. During his 12 years in office, he poured $650 million of his money into city programs, charities, and cultural groups.

It was his father talking now: Give back.

The bossy scold who railed against slobby frat brothers also reappeared. Bloomberg pushed through laws banning smoking in bars, and trans fats in foods. He lost the fight to banish super-sized sodas, but raised taxes so high on cigarettes that, over his three terms, the price of a pack nearly doubled.

Over time, New Yorkers’ life expectancy inched up by three years. Critics accused him of acting like the city’s nanny. When he marched in a parade, he admitted, there were always “a lot of one-finger waves.”

He definitely could be hard to like. Bloomberg hated reporters questioning him, once threatening to move the City Hall press room to Staten Island. And he could be brutal with his staff. “What were you thinking,” was how his criticisms usually began. “Or were you thinking?”

Still, Bloomberg got things done. He revamped the 911 system and instituted a brand-new information hotline, 311, in less than a year. Bloomberg also saw that the stalled High Line was built. When construction of the 9/11 Memorial bogged down, too, he bullied them into finishing it on time.

Still, some said his ends didn’t justify his means.

Yes, New York’s public school system was in crisis, but Bloomberg’s faith in numbers – in this case, test scores and hard data – alienated educators. Yes, there were too many guns on the street, but “stop-and-frisk” was sending too many men of color to jail.

He easily won a second term, but by then Bloomberg was enjoying the power of the position. Once a supporter of term limits, he was now against them, and pushed through a bill that let him run once more. He won, narrowly, but was losing steam.

His achievements slowed too. Homelessness continued to rise. The New York City Housing Authority continued to decay. Rikers Island, former U.S. Attorney Preet Bharara charged, was like something out of “Lord of the Flies.” Million-dollar condos were pushing out affordable housing.

In the next mayoral election in 2013, Bill de Blasio ran as the anti-Bloomberg and won.

Bloomberg returned to his business and went all-in on his philanthropy.

He funded programs to combat gun violence, obesity, and climate change. He gave nearly $2 billion to Johns Hopkins, to attract and support poor students. He contributed to Lincoln Center and the Central Park Conservancy.

Maybe happiness doesn’t buy money. But Bloomberg jokes, he thinks the way he’s spent his wealth may have bought him a heavenly pass.

“We’ve probably saved millions of lives,” he said of his many public-health charities. “There aren’t many people that have done that. So, you know, when I get to heaven, I’m not sure I’m going to stand for an interview. I’m going right in.”