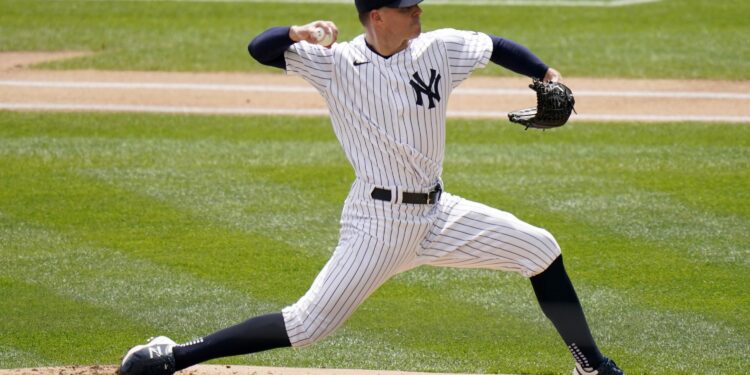 NEW YORK ((DailyNews)) — Corey Kluber handcuffed Detroit batters to gain his 100th career win with his most dominant performance since 2018, and the New York Yankees beat the Tigers 2-0 Sunday to complete their first series sweep this season and get back to .500.

The 35-year-old right-hander allowed two hits in eight innings, walked one and struck out 10 to reach double digits for the 47th time but first since Sept. 24, 2018.

He induced 18 swinging strikes — 13 alone on changeups that flummoxed an opponent whose season batting average dropped to a major league-worst .195.

In addition to the strikeouts, Kluber got 11 outs on grounders, two on infield popups and one on a lineout to second baseman Rougned Odor in short right field. Detroit did not have a single flyout against him.

Kluber retired his final eight batters, reaching the Yankees’ season high for innings, and lowered his ERA to 3.03 — down from 6.10 after his third start this season. Nicknamed Klubot for his robot-like demeanor, he even smiled when congratulated in the dugout after his final inning.

Aroldis Chapman struck out two in a perfect ninth that included Detroit’s lone flyout to remain perfect in six save chances.

Detroit has lost five straight and 10 of 11, dropping to a major league-worst 8-21. The Tigers started just one hitter with a batting average higher than .226, Jeimer Candelario, and Detroit batters struck out 10 times, increasing their total to 303 in 29 games.

José Ureña (1-4) was nearly as good as Kluber but was hurt by the smallest of margins.

Gio Urshela reached leading off the second on a dribbler that nicked third base for a single. Ureña walked slumping Aaron Hicks, and Kyle Higashioka hit an RBI double that kicked up the chalk on the left-field foul line. Brett Gardner followed with a sacrifice fly to the right-field warning track.

Ureña allowed two runs and three hits, struck out seven and walked one, retiring his last 17 batters in yet another game this season in which pitchers excelled.

Tigers: OF Nomar Mazara (left abdominal strain) will start an injury rehabilitation assignment when Triple-A Toledo opens its season Tuesday, spending one game at DH and one in right field.

Yankees: 1B Luke Voit (knee surgery March 29) will start a rehab assignment at some point this week. … C Robinson Chirinos (broken right wrist March 10) is on Scranton/Wilkes-Barre’s roster for Tuesday’s opener at Syracuse, as is INF Derek Dietrich, who failed to make the Yankees roster in spring training.

Tigers: Had not announced a starter for Tuesday’s series opener at Boston.

Yankees: Domingo Germán (2-2, 4.05 ERA) starts Tuesday’s series opener against Houston, coming off wins against Cleveland and Baltimore. Zack Greinke (2-1, 3.44) starts for the Astros, who will be playing in New York for the first time since their sign-stealing scheme became public after the 2019 season. 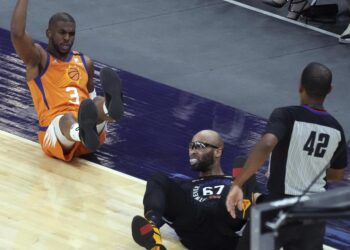