Mathew Barzal added a breakaway goal and Josh Bailey had three assists to help the Islanders beat the Rangers for the sixth time in eight meetings this season, including the last three by a combined 13-1 margin.

The 33-year-old Varlamov, who had three shutouts against the Rangers at Madison Square Garden, added another as the Islanders dominated from start to finish.

Alexandar Georgiev finished with 22 saves for the Rangers.

With Boston’s win over Buffalo earlier Saturday, the Rangers trail the Bruins by eight points with four games remaining. Boston thus needs to earn just one point over its last six games to eliminate the Rangers.

The Rangers lost in last summer’s play-in round to Carolina while the Islanders reached the conference finals where they lost to eventual champion Tampa Bay in six games.

The Islanders are third in the East Division, one point ahead of Boston.

Beauvillier opened the scoring at 4:39 of the first period. Bailey and Nick Leddy assisted. That continued a season-long trend as the team that scored first won all eight meetings.

Barzal made it 2-0 at 16:22, beating Georgiev with on a breakaway with a backhand. Bailey had the lone assist. Barzal, who snapped a 12-game goal drought with an empty-net goal against the Rangers in Thursday’s 4-0 win at the Garden, has seven goals and 25 points in 20 career games against the Rangers.

Beauvillier got his second of the night 62 seconds into the second with a shot from the the right circle that eluded Georgiev to the stick side. It was the 13th goal this season for Beauvillier and his 13th career goal in 21 games against the Rangers. Bailey and Brock Nelson had assists.

Varlamov made 10 saves in the first, eight in the second and 10 more in the third. His best save came 12 minutes into the first period when he denied Pavel Buchnevich on a 2-on-1 with Artemi Panarin. He denied Buchnevich again at 10:49 of the third on close-in shot from the crease. Varlamov improved to 19-9-4 on the season, his second with the Islanders.

The Rangers, playing without injured defensemen Jacob Trouba and Ryan Lindgren plus bruising forward Chris Kreider were overmatched by the more disciplined Islanders.

Finnish defenseman Tarmo Reunanen played in place of Lindgren, who was hurt in last Thursday’s game. Forward Morgan Barron, a sixth-round draft pick by the Rangers in 2017, made his NHL debut on a line with center Kevin Rooney and fellow winger Julien Gauthier. The 22-year-old Barron played for three years at Cornell before skating with AHL Hartford this season.

The contest marked the 132nd meeting between the teams at Nassau Coliseum, which the Islanders will leave following this season for their new home at Belmont Park beginning this fall.

The Islanders are 68-51-8-5 against the Rangers on Long Island since the franchise began play in 1972. The Islanders also won seven of eight meetings between the rivals at Barclays Center in Brooklyn where the Islanders played after leaving Nassau Coliseum the previous time in 2015.

The Islanders also continued to dominate teams when they score at least three goals.

They are 23-4-3 this season when they achieve that mark and under Barry Trotz, who became their coach to start the 2018-19 season, the Islanders are 89-9-10 when scoring three of more goals.

Because of the quirky pandemic-condensed schedule, the Islanders were playing only the second regular-season May game in their history on Saturday. The previous May regular season game was May 2, 1995, at Nassau Coliseum, a 2-0 loss to the Philadelphia Flyers. The Islanders were facing the Rangers in May for the first time in any venue since sweeping their rivals in the 1981 semifinals, when they won the final game of the series on May 5th at Madison Square Garden.

Islanders: At Buffalo on Monday in the opener of a two-game series. 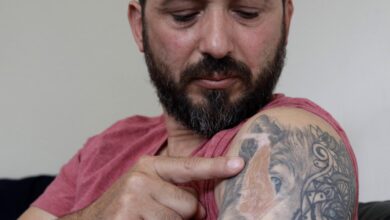 ‘Like every other day:’ 10 lives lost on a trip to the store

21 hours ago
Check Also
Close
Facebook Twitter WhatsApp Telegram Viber
Back to top button
Close
Popular Posts
We use cookies on our website to give you the most relevant experience by remembering your preferences and repeat visits. By clicking “Accept”, you consent to the use of ALL the cookies.
Cookie settingsACCEPT
Manage consent