According to YG Entertainment, iKON’s “LOVE SCENARIO” music video hit 500 million views on YouTube as of 12:22 PM KST on May 24, making it their most watched music video. 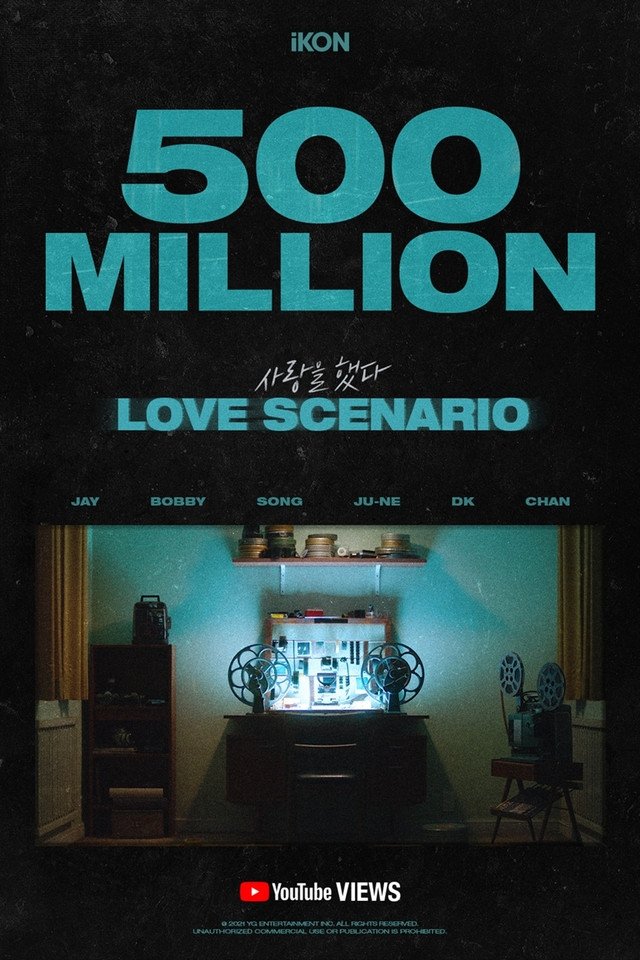 On the other hand, iKON is currently taking part in the Mnet competition show, Kingdom.