It might seem logical that the New York Film Festival’s three biggest titles are all set at least partly in New York and come from Manhattan-born Martin Scorsese, Brooklynite Noah Baumbach and Edward Norton, who has lived here for decades.

But this festival, starting on Friday and running through Oct. 13 at Lincoln Center, is not a provincial look at local film. More than ever, its lineup spans the globe. Only one of the other 26 feature films in the lineup is American: Kelly Reichardt’s period Western “First Cow.” (“The Joker,” a dark look at the origin of Batman’s nemesis, has been added as a special event.)

The films selected represent “what matters in the world of cinema this year, what reflects film culture,” said selection committee member Dennis Lim.

The lineup features directors making their first appearance here, like Mati Diop with “Atlantics” — her first feature, which won the Grand Prix at the Cannes Film Festival — as well as legends like Pedro Almodovar, whose “Pain and Glory” is his 21st film since 1980. The countries represented range from South Korea, with Bong Joon Ho’s “Parasite,” to Belgium in Jean-Pierre Dardenne and Luc Dardenne’s “Young Ahmed." 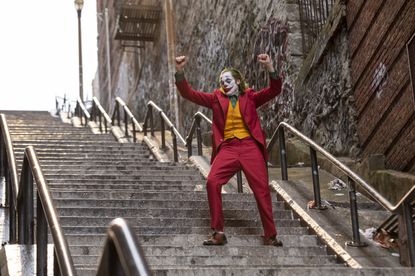 The festival has fewer English-language films than the Cannes or Venice festivals but Kent Jones, who is in his final year as the event’s director, said that’s in part because New York is more selective as only 29 features are shown, and in part because it has a different goal.

“This festival is not about world premieres or the marketplace, it’s a curated festival about what’s going on in the world," Jones said. 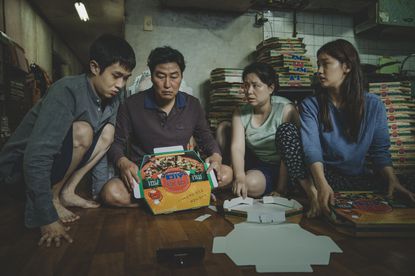 Nadiv Lapid, the Israeli director of “Synonyms," about a young Israeli who flees his homeland to create a new identity in France, says that method makes NYFF distinctive. 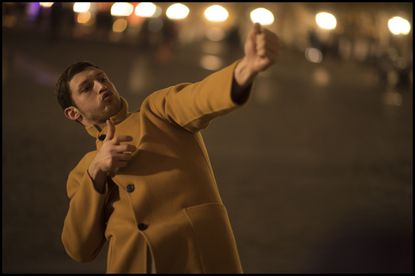 “This is a beautiful film festival," Lapid explained. "The most beautiful one. Because it celebrates the beauty of the existence of cinema.”

“Everyone knows they are selective and it helps selling the film,” said Veiroj, who was also showcased at the Toronto International Film Festival.

"A small Spanish-language film from Uruguay may not get the biggest attention there. It will get more in New York.”

Committee judges don’t select movies seeking broader themes but instead judge each picture on their own merits, Jones said. It’s only afterward that themes emerge from the lineup.

“People have mentioned the number of genre films this year and I think many are political in an indirect or oblique way that responds to this current moment," Lim explained.

The narrative features may get the most attention but Jones said the festival has broadened its scope over the years, expanding sections like projections or experimental work, retrospective, and especially the spotlight on documentary.

“It’s a great honor to be invited and to share my movie with an American audience for the first time here,” said New Yorker and “Shawshank Redemption” star Tim Robbins. His first documentary, “45 Seconds of Laughter” takes viewers inside an acting class for inmates to get them “to look at people who are incarcerated in a different way.”

“I think the festival’s documentary section is essential — there are more documentaries than narrative films telling important stories right now,” he said. “You can really see the potential and power of film in documentaries.”

“There’s no hierarchy here,” Jones said. “All the films are precious. The different sections are designed to draw attention to different types of films.”