From Jersey to Hollywood, how Meryl Streep became ‘Queen Meryl’

As a middle-class, New Jersey tween, she was not one of the cool kids. The proof, especially for a middle school student? She had an odd name, an annoying giggle, wore glasses, and had a bad perm. She took opera lessons.

So, when she went off to Bernards High, she decided to play a new role: The Popular Girl.

“Queen Meryl,” a new biography, explains how she did it, and how it ended up launching her career.

“I wanted to learn how to be appealing,” Streep confessed years later. “This was all about appealing to boys and being accepted by girls — a very tricky negotiation.”

Streep dove into the role with the sort of dedication that would later make her an acting legend.

She swapped out her glasses for contacts. She starved herself, eating “an apple a day, period,” and then bugging her mother for better clothes. She abandoned the frizzy perm in favor of straight hair and peroxide.

She became “a girl who laughed a lot at every stupid thing every boy said.” It wasn’t her, but it worked. And she noticed something else: “This was real, real acting.”

She would go on to do a lot more of it, as Erin Carlson’s admiring new bio explains.

Fans looking for a warts-and-all portrait of the actress should keep looking. The book’s full title is “Queen Meryl: The Iconic Roles, Heroic Deeds and Legendary Life of Meryl Streep.” Its attitude is breathless worship.

But Streep has intentionally attracted fans from the start.

She enrolled in Vassar in 1967, as a drama major. By her sophomore year, she landed the lead in school plays. By her senior year, she was spending the spring break starring Off-Broadway.

She considered going to Juilliard after graduation, but the application fee was an exorbitant $50. Luckily, the Yale Drama School charged $15. Yale even awarded her a scholarship, although not enough to save her from New Haven waitress jobs.

Three years and 40 roles later, Streep graduated and moved to New York. Joe Papp hired her almost immediately for Shakespeare in the Park. She, meanwhile, instantly fell for her co-star, the intense John Cazale.

Soon, Streep was on Broadway, winning a 1976 Tony for her role in Tennessee Williams’ “27 Wagons Full of Cotton.” She was 27.

It was a rise that left many stunned, if not envious. But there was heartache, too. Shortly after Streep moved into Cazale’s Tribeca apartment, he was diagnosed with lung cancer. They made one film together, “The Deer Hunter,” before he died, in her arms, in 1978.

The next month, Streep’s first TV movie, the miniseries “Holocaust,” won her an Emmy. Soon she would find a new love, in artist Don Gummer, her brother’s friend. They married before the year was out, in a quiet ceremony at her parents’ home.

It was going to be her last low-key moment for a while.

First, Streep was cast in “Kramer vs. Kramer” as a wife who walks away. It was a hard shoot. Her character seemed to be created to be hated.

Somehow Streep got through the filming. It would end up winning her an Oscar, her first, for best supporting actress. But co-star Dustin Hoffman’s abuse and his insulting assumption that she needed that kind of help was something she didn’t forgive or forget.

Years later, Streep played “Shag, Marry, Kill,” on TV’s “Watch What Happens,” drawing from a career’s worth of leading men. Still, the ranking was easy: Jack Nicholson to bed. Robert Redford to wed. Dustin Hoffman – and here she pantomimed slitting a throat.

It earned her another Oscar, this time for best actress.

For years, her films managed to be smart, serious and popular, with “Silkwood” and “Out of Africa” drawing rave reviews and large crowds. Their reliance on unhappy endings, though, didn’t please one critic.

"My mother said if I die one more time, she won't speak with me again," Streep said. 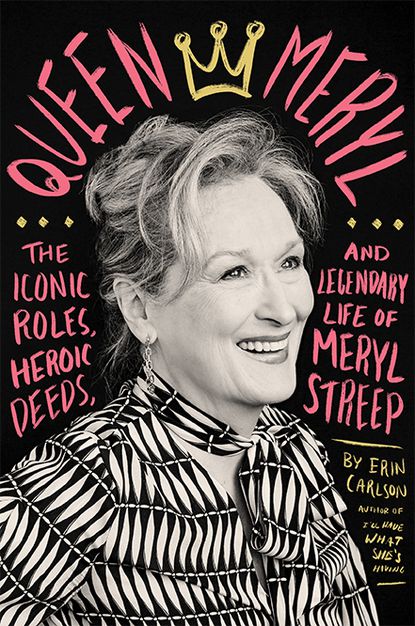 So she turned to lighter fare. She played a spurned wife in “Heartburn,” the loathsome other woman in “She-Devil,” and the neurotic heroine of “Postcards from the Edge.” She battled Goldie Hawn in the slapstick “Death Becomes Her,” and went to heaven for “Defending Your Life.”

One thing that didn’t amuse Streep was how hard it was to find good parts. After the success of “Pretty Woman,” she complained, every other script seemed to be about a prostitute.

“There’s not going to be a lot of work for women over 40,” she predicted in 1990. “Like hookers, actresses seem to lose their market appeal around that age.”

But Streep, who had turned 40 the year before, kept going.

It could be hard to find the time. She had her first child, Henry, after “Kramer vs. Kramer,” in 1979. She would eventually have three more children. They and her growing political activism would often pull her away from work.

When there was a good part, and Streep didn’t get it, she didn’t take it lightly.

She was desperate to play “Evita,” but couldn’t reach a deal with the studio. When Madonna was cast, Streep, like much of the movie-going public, was said to have been underwhelmed. And she was angry when, after speaking to her about “Remains of the Day,” her good pal Mike Nichols cast Emma Thompson instead.

The critics didn’t always love her, either. They made fun of her fondness for accents and cerebral approaches. Pauline Kael, the reviewer for the New Yorker, was particularly harsh, famously saying Streep only acted “from the neck up.” The remark stung, Streep admitted.

Onscreen, Streep continued to surprise. She was a freelance writer on hallucinogens in “Adaptation,” and played three parts — including a male rabbi — on HBO’s “Angels in America.” “The Devil Wears Prada” became an enormous hit, and “Mamma Mia,” with Streep singing and dancing around to Abba, was even bigger.

Meanwhile “The Iron Lady” released in 2011, brought Streep her a third Oscar, tying her with Katharine Hepburn for most wins. The 2017 drama “The Post” resulted in her 21st nomination, breaking her own record. She has two movies coming out this year, including yet another version of “Little Women.”

Giving a commencement speech at Barnard in 2010, Streep looked back at an art she continues to push forward.

“Women are better at acting than men,” she declared. “Because we have to be. If successfully convincing someone bigger than you are of something he doesn’t want to know is a survival skill, this is how women have survived through the millennia. Pretending is not just play. Pretending or acting is a very valuable life skill and we all do it.”

It’s just that she’s better at it than most and has been ever since high school when she decided to play her first part: Meryl Streep, Popular Girl.