From coffee mugs and Lego to cupcakes, hotel accommodations and movie theater screenings, ‘Friends’ celebrated in a big way

Sept. 22 marks the beloved sitcom’s 25th anniversary — “Friends” premiered on Sept. 22, 1994 — and ever since then, the seminal show has been inescapable in the pop culture landscape.

While the David Crane and Marta Kauffman-created series had the early benefit of following “Seinfeld,” which was the anchor of NBC’s legendary “must-see TV” lineup, “Friends” soon attracted a rabid fan base of its own — making household names of cast members Jennifer Aniston, Lisa Kudrow, Courteney Cox, David Schwimmer, Matthew Perry and Matt LeBlanc.

The series made two things famous: Aniston’s “The Rachel” hairstyle and The Rembrandts’ hit song “I’ll Be There For You.”

Nominated for 62 Emmy Awards, the show made its stars the highest-paid cast on TV at the time, each earning $1 million an episode when it was all said and done.

With 235 episodes in the can, the New York City-set half-hour series finale on May 6, 2004, was watched by 52.5 million viewers: The fifth most-watched series finale in television history.

Fifteen years later, the love for “Friends” continues — with commercial entities and corporate brands cashing in on the commemoration of the milestone.

Home furnishing retailer Pottery Barn got the ball rolling when it announced a new line of products inspired by “Friends” in July.

During the show’s sixth season, an entire episode of the series revolved around Pottery Barn, entitled “The One with the Apothecary Table.”

On Sept. 7, an interactive pop-up exhibit called “Friends25” launched in New York City, produced by experiential company Superfly. The month-long interactive exhibit enabling fans to hang out in exact replications of some of the show’s most recognizable locations, quickly sold out.

When it comes to celebrating “Friends,” there’s even an app for that.

Even though smartphones didn’t exist during “Friends” heyday, Warner Bros. Television has gone all-in with an app that gives fans access to wallpapers, custom picture frames and trivia from the show. There’s even an Augmented Reality and 3D filter tech, so users can pose with Ross’ monkey Marcel, and snap photos with your squad under virtual Friends-logo umbrellas. The free app also features recipes from the show, such as Phoebe’s cookies, Joey’s meatball sub and Monica’s breakup jam and Ross’ moist maker sandwich.

On Sept. 3, USA Today reported that 30 replicas of the famous fringed orange couch — seen in the series as well as in the opening credits — will head out on a worldwide tour in honor of the sitcom’s 25th anniversary.

The couch, which “Friends” director Greg Grande found buried in the basement of a storage area at the Warner Bros. studio in Burbank, Calif., will be on exhibit in North and South America, as well as Europe and South Africa.

Even the hospitality business is feeling the fever. Alexandra Marin of Quinn PR has assembled a group of accommodations themed to fit the personas and plot points of the beloved “Friends” characters — and are titled with “The One …” signifier that also served as the title of each episode of the sitcom.

In New Orleans, there’s the four-star Windsor Court Hotel, which is “The One Where Monica Doesn’t Have to Clean.”

Paris’ opulent Hotel Barrière Le Foquet’s Paris Suite — overlooking the Champs-Elysees — is “The One for When Rachel Actually Goes to Paris.”

Cancun’s all-inclusive Panama Jack Cancun resort is “The One Where Phoebe Saves the Sea Turtles.”

In Punta Cana, Dominican Republic, the adults-only beachfront Hilton La Romana serves as “The One Where Joey Takes A Not-So-Needed-Break.”

In Montego Bay, Jamaica, the Hyatt Ziva Rose Hall is the family friendly destination is “The One Where the Bings Take a Family Vacation.

And then there’s the Fossil Valley RV Park, which will be perfect as “The One Where Ross Takes His Kids Camping in Dinosaur Land.”

The nationwide Sprinkles bakery is also getting in on the action with a custom dozen of red velvet cupcakes adorned with iconic moments from the show (i.e. an orange couch, picture frame etc.) along with quotes such as Joey’s “How You Doin'?”

“Sprinkles is thrilled to toast the 25th anniversary with cupcakes inspired by the hit TV show,” the Beverly Hills-founded company’s Vice President of Marketing & Sales Allison Click told the Daily News on Friday. “Limited editions like this as well as our Game of Thrones inspired cupcakes or our Flaming Hot Cheetos flavor resonate with our current guests and inspires new fans as well!” 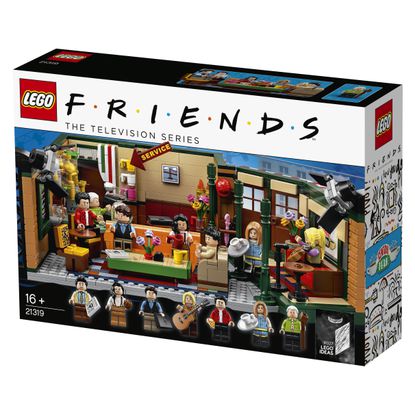 The “Friends” box is being sold through the Sprinkles Now! App or in select locations through Sept. 30.

Last Thursday, Cox, Kudrow, Schwimmer and Le Blanc posted messages on their respective Instagram accounts, along with the same cast photo and the opening: “Celebrating a Thursday night 25 years ago,” before adding their own personal message.

“Thank you to all of our loyal fans across the world. You’ve certainly been there for us! I love these guys!” wrote Cox.

Celebrating a Thursday night 25 years ago. Thank you to all of our loyal fans across the world. You’ve certainly been there for us! ?????????? I love these guys! @_schwim_ @lisakudrow @mleblanc #seriouslyjen? #youtoomatthew #friends

Kudrow noted that she and her cast members “might be in different places but we are connected.”

Schwimmer shared, “Celebrating a Thursday night 25 years ago… THANK YOU to all the fans out there!! We couldn’t have done it without you.”

And finally, Le Blanc added, “Seems like yesterday. Thanks to all the fans for watching.”

“Friends 25th: The One with the Anniversary” will be a three-night special event where fans can see 12 newly 4k remastered fan favorite episodes, complete with never-before-seen content and exclusive interviews.

It marks the first time that Ross, Rachel, Joey, Monica, Chandler and Phoebe will appear on the big screen, the film events runs Sept. 23, Sept. 28 and Oct. 2.

“We’re thrilled to celebrate the 25th anniversary of Friends, a TV show that continues to impact culture and attract new fans from across generations," Fathom Events CEO Ray Nutt said in a statement. "Fans will have the opportunity to come together and look back on some of the most hilarious and emotional scenes from the acclaimed comedy — this time in theaters.” 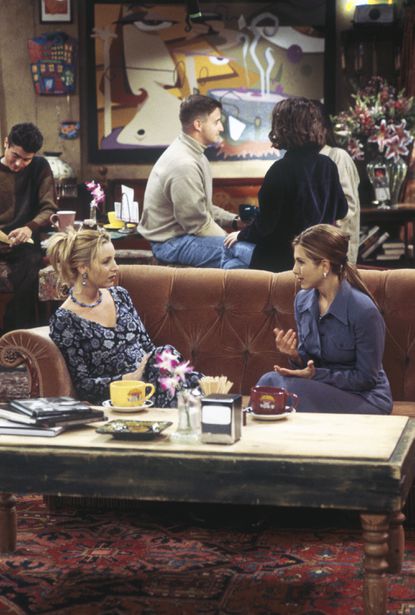 Celebrating a Thursday night 25 years ago. Thank you to all of our loyal fans across the world. You’ve certainly been there for us! ?????????? I love these guys! @_schwim_ @lisakudrow @mleblanc #seriouslyjen? #youtoomatthew #friends