Federal health officials say people should stub out e-cigarettes as they continue to investigate serious lung illnesses sickening and even killing those who vape. 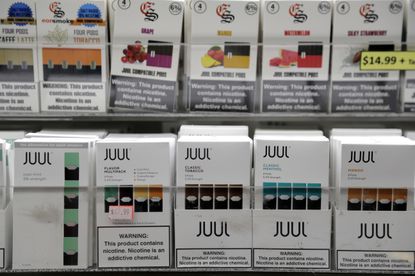 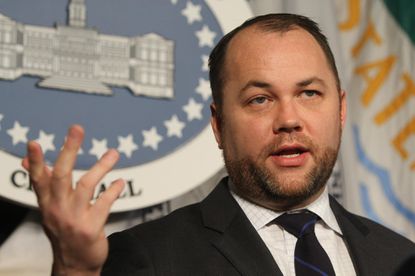 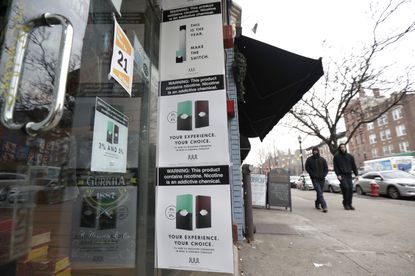 Centers for Disease Control and Prevention warned Friday that the number of people with a severe lung illnesses tied to vaping e-cigs has more than doubled since last week, reaching 450 possible cases across 33 states. Indiana, Illinois and Oregon each saw one death and a fourth possible fatality was reported.

As of September 5, 2019, the Department has received 34 reports from New York State physicians of severe pulmonary illness among patients ranging from 15 to 46 years of age who were using at least one cannabis-containing vape product before they became ill. However, all patients reported recent use of various vape products.

“While this investigation is ongoing, people should consider not using e-cigarette products, because as of now, this is the primary means of preventing lung disease,” Dr. Dana Meaney-Delman, who’s heading up the CDC’s investigation, said in a tele-briefing Friday.

Because no evidence of infectious diseases have been found in patients, health officials believe the spate of lung illnesses are likely tied to a chemical exposure. But they cautioned that it’s too early to pin the illness on a single product or substance.

Many of the sickened e-cigarette users nationwide reported vaping products containing THC, a psychoactive found in marijuana, according to the CDC. But some patients also reported using products with both THC and nicotine, or those with just nicotine.

By Thursday, New York state had received 34 reports of severe lung illnesses in patients who used at least one vape product containing cannabis, according to the Health Department. But all patients used various vape products recently.

“We urge the public to be vigilant about any vaping products that they or any family members may be using and to immediately contact their health care provider if they develop any unusual symptoms,” New York State Health Commissioner Dr. Howard Zucker said Thursday. "In general, vaping of unknown substances is dangerous, and we continue to explore all options to combat this public health issue.”

The news comes after New York City Council Speaker Corey Johnson backing legislation that would ban the sale of the sweet-smelling vape pens across the five boroughs.

“Ultimately these flavored e-cigarettes, these Juul packets are being targeted towards children in a way that it becomes a gateway to real cigarettes if you’re young enough,” Johnson said on NY1 Thursday night.

E-cigs have concentrated doses of nicotine, which can cause addiction and harm developing adolescent brains, according to the U.S. Surgeon General.

Supporters of the ban say flavors are intended to encourage e-cig use among young people. One study last year showed teens between 15 and 17 years old were 16 times more likely to be current Juul users than those between 25 and 34 years old.

Johnson himself started using Juul about 130 days ago to help kick his decade-long habit of smoking a pack of cigarettes a day.

“I’m not proud of my Juul,” Johnson said during the NY1 appearance, pulling his vape pen out of his pocket. “It’s a bridge hopefully for me to ultimately be totally nicotine free. But I think it’s better than the tars and carcinogens that are in the cigarettes that I was smoking every day.”

“Under this bill that would be eliminated, there would be no mint available,” he said. “When that happens, hopefully…there will be no more Juul in my pocket.”

Juul spokesman Austin Finan said the company believes “strong and serious actions need to be taken around certain flavored products” and that they stopped selling non-tobacco and non-menthol based pods in “traditional” retail stores.

“As for menthol-based products, including mint, we believe that to encourage adult smokers to switch from combustible use — the number one cause of preventable death in the world — they should be available at retail alongside tobacco and menthol-based cigarettes," Finan said.