U.S. Secretary of State Antony Blinken is in Denmark for talks on climate change, Arctic policy and Russia as calls grow for the Biden administration to take a tougher and more active stance on spiraling Israeli-Palestinian violence.

Blinken is seeing Danish leaders as well as top officials from Greenland and the Faeroe Islands in Copenhagen on Monday before he heads to Iceland for an Arctic Council meeting that will be marked by his first face-to-face talks with Russian Foreign Minister Sergey Lavrov at a time of significantly heightened tensions between Washington and Moscow.

Russia on Sunday called for an immediate ministerial-level session of the “quartet” of Middle East peacemakers to discuss the escalating Israeli-Palestinian crisis but there was no overt indication that the U.S. would agree and no sign Blinken was planning changes to his travel plans that currently have him returning to Washington from Reykjavik late Thursday after a brief stop in Greenland.

The Mideast quartet includes envoys from the U.S., Russia, the European Union and the United Nations, and with Blinken and Lavrov both scheduled to attend the Arctic Council meeting, Iceland could serve as a venue for the group to gather.

The U.N. Security Council held an urgent session about the Mideast situation on Sunday at which U.S. ambassador to the United Nations Linda Thomas-Greenfield said the administration was working tirelessly through diplomatic channels to stop the fighting. President Joe Biden spoke with both Israeli Prime Minister Benjamin Netanyahu and Palestinian leader Mahmoud Abbas on Saturday, Blinken worked the phones with various counterparts while flying to Copenhagen on Sunday, and a senior U.S. diplomat is currently in Israel meeting with the parties there.

Yet, calls for a greater U.S. response are growing, not least in Congress where a large number of Biden’s Democratic allies are clamoring for more action, including a demand from the administration for a cease-fire. Biden has thus far resisted such calls, reaffirming staunch support for Israel’s right to defend itself from rocket attacks from the Gaza Strip.

Climate change is expected to dominate the discussions as the administration seeks to restore U.S. credibility with allies on the topic after four years during which the Trump administration either downplayed the threat posed or urged other nations to take advantage of the commercial possibilities resulting from a loss of sea ice and melting glaciers.

Former President Donald Trump also created a stir when he proposed purchasing Greenland from Denmark, an offer roundly rejected by both. Trump then canceled a scheduled state visit to Denmark in 2019, creating more ill feelings. A senior U.S. official said Blinken hoped to get beyond any lingering doubts on Greenland by highlighting “all of the things that we’re doing with Greenland as a part of the Kingdom of Denmark.” 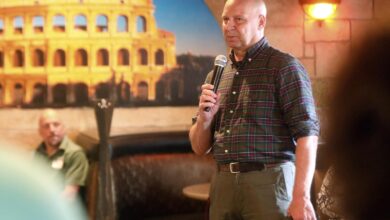 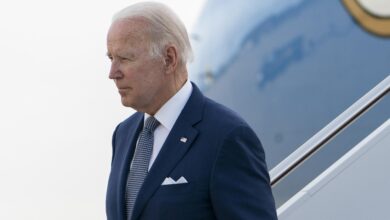 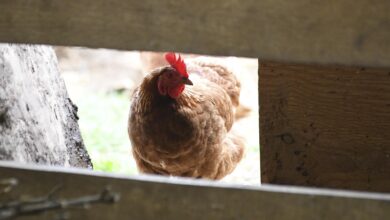 2 hours ago
Check Also
Close
Facebook Twitter WhatsApp Telegram Viber
Back to top button
Close
Popular Posts
We use cookies on our website to give you the most relevant experience by remembering your preferences and repeat visits. By clicking “Accept”, you consent to the use of ALL the cookies.
Cookie settingsACCEPT
Manage consent