Comeback season is officially upon us, and BTS is keeping fans well-fed with new content!

Earlier today, RM took over Twitter as “Pink Joon” after sharing photos of his newly dyed coral hair. In each of the four photos, captioned “Puppies are difficult,” RM is hanging out with his dog, Monie. 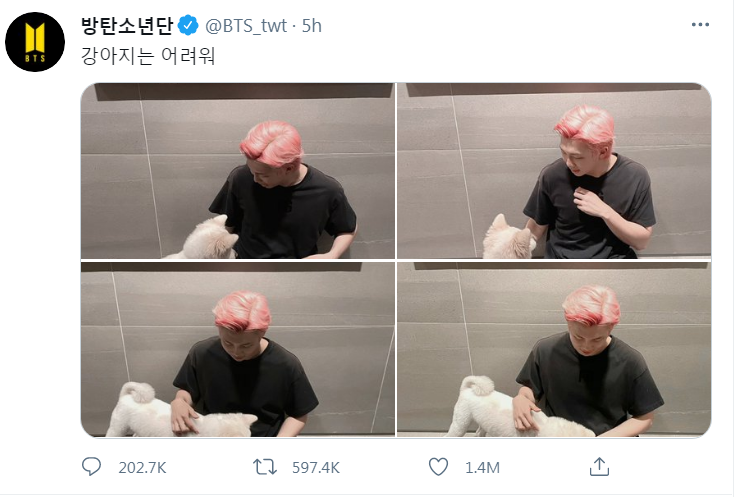 Well, Worldwide Handsome wasn’t about to let RM have all the fun (or attention)! Just five hours after RM tweeted his photos, Jin casually dropped this new selfie like a bomb. The caption? Who needs one when your face is this gorgeous!

As expected, fans are swerving into his lane… 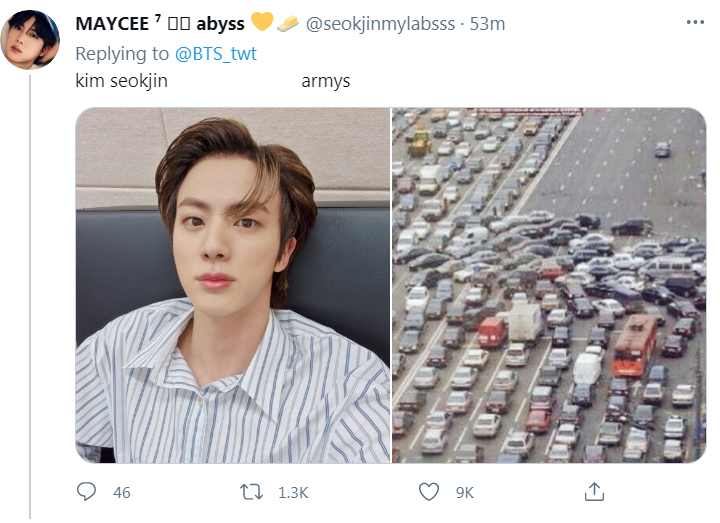 …and feeling just a little attacked. 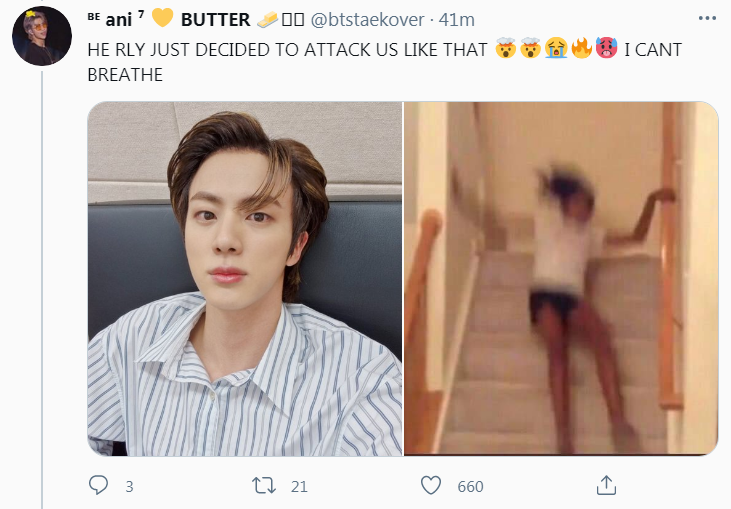 Between these selfies and BTS’s hair reveals on Weverse, ARMYs can barely keep up! (But they’re not complaining…much.)