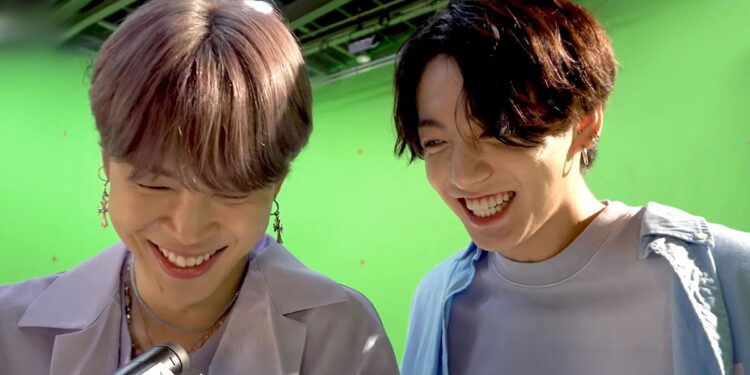 BTS‘s Jimin and Jungkook don’t need much to be entertained, just a camera, a “super” idea, and each other!

A new “Bangtan Bomb” takes us behind the scenes of the “Dynamite” music video shoot. On a green screen set, Jimin and Jungkook found a bright light that just begged to be played with. As Jungkook posed dramatically…

…Director Jimin figured out how to bring his artistic vision to life.

He wanted to make their movie the best it could be!

By changing the exposure, Jimin made it look like superhero Jungkook had created a blast of light and disappeared into it!

Jungkook also showed the camera his super-powerful facial expressions for a close-up.

After filming wrapped, Jimin and Jungkook reviewed the footage. When Jungkook’s disappearing scene played, they laughed, loving every second of it. “You disappeared,” Jimin said, giggling. “You can’t see me,” Jungkook replied.

Fans have even started to work a little movie magic of their own! (Thor, is that you?)