CHICAGO ((DailyNews)) — Stan Bowman has resigned as general manager of the U.S men’s hockey team at the 2022 Winter Olympics after an investigation into sexual assault allegations in 2010 with the Chicago Blackhawks revealed he knew about the situation and did not report it to authorities.

USA Hockey announced the move Tuesday, saying a replacement would be named in the near future.

Bowman resigned his job with the Chicago Blackhawks earlier Tuesday after the release of an independent review in response to two lawsuits filed against the franchise: one by a player identified as John Doe alleging sexual assault by then-assistant coach Brad Aldrich in 2010 and another filed by a former student whom Aldrich was convicted of assaulting in Michigan.

“In light of what’s happened today, I think it’s in the best interests of USA Hockey for me to step aside,” Bowman said in a statement. “I’m grateful to have been selected and wish our team the very best in Beijing.” 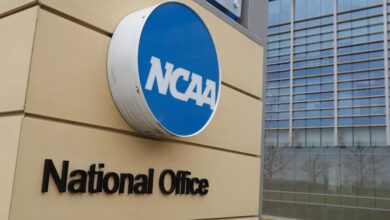 Uyghur county in China has highest prison rate in the world 2 days ago
Check Also
Close
Facebook Twitter WhatsApp Telegram Viber
Back to top button
Close
Popular Posts
We use cookies on our website to give you the most relevant experience by remembering your preferences and repeat visits. By clicking “Accept”, you consent to the use of ALL the cookies.
Cookie settingsACCEPT
Manage consent