ASTRO‘s Rocky revealed why his appearance on King Of Masked Singer was such an important turning point for him as a musician!

Rocky recently made an appearance on the MBC show King Of Masked Singer and showed off his vocal skills, impressing many people with his singing talent despite holding an official position as a rapper in his group! 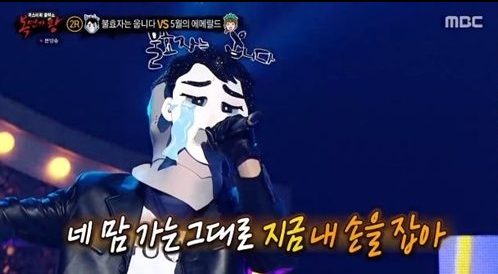 And although he only made it to the second round, he received much praise and attention for his rendition of IU’s “Hold My Hand”.

In an interview, Rocky was asked lots of questions about his performance; such as his experience performing solo to his parents’ reaction to his singing!

You have impressed us with various activities you have shown as a member of ASTRO, but we are curious as to your thoughts about performing on stage without the members.

Rocky revealed that through this stage, he learned a lot, and felt that he definitely grew as a singer after delivering a whole vocal performance on his own!

I am very grateful for the opportunity to perform a stage with only my voice through King Of Masked Singer. I think that this experience will be another turning point for me as I continue to develop and grow. This was a stage where I felt and learned a lot.

I would be happy if you enjoyed watching my performance.

Rocky was then asked to share any memorable anecdotes while preparing for his stage on King Of Masked Singer, and he shared a heartwarming story about his parents’ reaction to his appearance on the show!!

Truthfully, my parents were more nervous than me because they had never seen me sing on stage. So I remember singing in my parents’ car before recording and seeing my parents’ reaction. I still remember them breathing a sigh of relief after listening to me sing.

The part that I focused the most on was my mindset. Since this was my first solo stage as a vocalist, I thought to myself, “I can do it!”, so that I can show what I have practiced without being too nervous.

Listen to Rocky’s cover of “Hold My Hand” here!

ASTRO’s Cha Eunwoo Is So Gorgeous, Female Stars Keep Their Distance When Standing Next To Him