A woman who said Rikers Island correction officers locked her in a bathroom and repeatedly raped her has received a $250,000 settlement from the city days before her case was to go to trial.

The woman, who filed the lawsuit using the pseudonym Jane Doe, said she was sexually molested by a doctor and then raped three times while being held in a bathroom at the Rose M. Singer Center women’s jail in October 2013. When she was held at Rikers again in January 2014, she claimed in a complaint filed in Manhattan Federal Court that she was sexually assaulted three times in a medical clinic and then locked in an unbearably hot cell.

The settlement includes $950,000 in attorney’s fees. As part of the deal, the woman agreed to drop her claims against now-retired DOC Captain Pablo Porter and Correction Officer Emma Williams. The woman had charged that Porter repeatedly raped her in the bathroom and warned her to keep quiet about the assaults.

“If you were such a good girl you would not be here," he told the woman, according to the suit.

“If you say anything to anybody, nobody will believe you ... I have such great memories of the times we spent together, and it’s better if you have good memories too.”

Williams ordered the woman to sexually assault herself with a comb, according to the suit. The suit alleged nine other correction officers either participated or witnessed the violent sexual assaults.

“While we have settled this litigation, our concern is that the City continues to compensate victims after the fact without changing the underlying policies and practices which lead to the victimization of inmates,” said the woman’s attorney Alan Futerfas.

The case was set to finally go to trial on Monday after four years of litigation. Last month, Judge Allison Nathan rejected efforts by the city to limit evidence regarding the Department of Correction’s long history of abuse at Rose M. Singer.

“The safety and security of those entrusted to the care of DOC is a top priority. Based on our evaluation of the circumstances of this case, we have determined that this settlement is in the best interest of all parties. The plaintiff has agreed to withdraw the claims against the defendant officers and settle with the city to end this longstanding case,” a Law Department spokesman said.

An expert witness had been expected to testify that sexual assault rates at Rose M. Singer were higher than the national average in May 2013 and that a “code of silence” exists among staff, according to court papers.

Court papers indicate the woman pleaded guilty to attempted theft of over $9,000 of merchandise from Saks Fifth Avenue, as well as a months-long credit card fraud scheme.

In an odd twist, the woman said she was targeted by correction staff for abuse because it emerged in her criminal case that she’d been an informant for Homeland Security, her suit claimed.

A DOC spokeswoman said the agency had made great strides toward bringing the jail into compliance with the 2003 federal Prison Rape Elimination Act. Nearly all staff has undergone training and an array of options are available to people who want to report abuse, the spokeswoman said.

The settlement comes only weeks after a transgender inmate held at Rose M. Singer, Layleen Polanco, was found dead in her cell in solitary confinement, sparking protests. 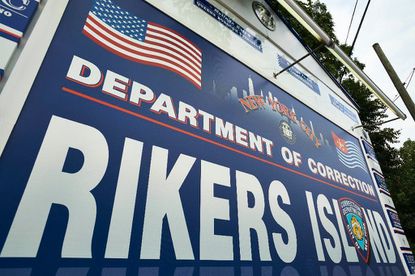