‘When is it going to end?’: Grandmother grieves, rages over baby in stroller killed by gunfire at Brooklyn cookout

A baby sitting in his stroller died from a hail of gunfire that wounded three men at a cookout at a Brooklyn park, police said Monday.

“He was the joy of my life,” the slain boy’s devastated grandmother Samantha Gardner told the Daily News. “I just got a call saying my grandson was shot.”

Two men stepped out of dark-colored SUV and opened fire at the cookout at the Raymond Bush Playground on Madison St. near Marcus Garvey Boulevard in Bedford-Stuyvesant about 11:35 p.m. Sunday, cops said. 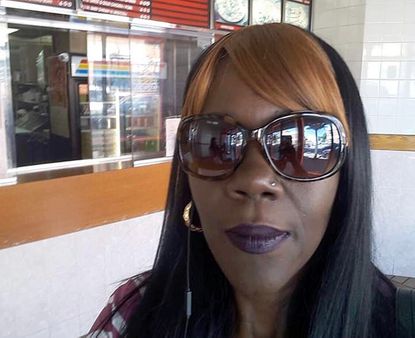 Gravely wounded little Davell Gardner, struck in the stomach, was rushed to Maimonides Medical Center, where he died at 2:39 a.m.

There were no immediate arrests.

Gardner wasn’t at the cookout Sunday night, which she said was a family gathering of people related to the boy’s mother. Gardner got a late call about the shooting.

Davell’s mother was with him when he was shot. Gardner ended up having to break the news to her son about his son’s death, after hearing if from the boy’s mother. 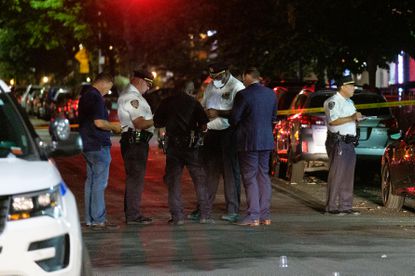 “So, when is it going to end? When are these young African American men, when are they going to stop with the shooting and the killing of all these innocent kids? It don’t make any sense.”

Gardner said young Davell was close to his aunt and his godmother, loved football, and was fiercely determined to get his way. 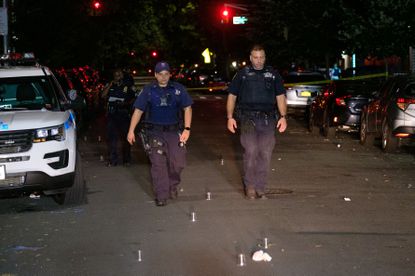 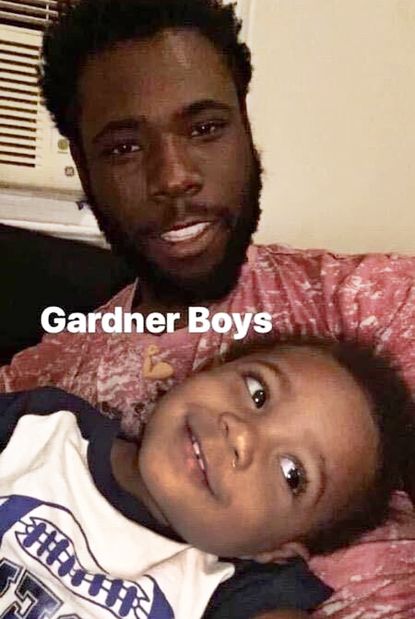 Police Commissioner Dermot Shea visited the crime scene on Monday and offered condolences to the mother as she sat on a stoop across the street from the crime scene. Mourners filled the sidewalk along Madison St. sharing hugs and offering words of comfort to the boy’s mom.

Shea said on Twitter that there is a name and face behind every shooting victim.

“These are the very real people affected by senseless gun violence,” he tweeted.

A short time later a visibly shaken and emotional Mayor de Blasio had a moment of silence at the start of a morning briefing with reporters. He also visited with the mother on the stoop.

“None of us can imagine what she’s going through, but we’re going to be there for her,” de Blasio said after his visit. “We’re going to come help her in every way, and try to make sure no other mom goes through it. It was horrible to see the sheer pain and shock that she’s in.” 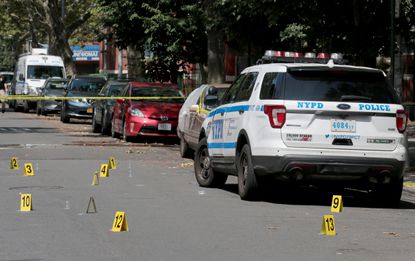 “It’s a 1-year-old child. One year old, one of the most beautiful times in life. It’s like a time that’s just filled with hope and personality, and possibility and everything. And I woke up this morning and I looked at my email, and the first thing I saw was ‘1-year-old child killed.’ On a playground. I mean think about that: in the middle of playing, in the middle of expressing his joy, cut down. We can’t have that. So we got a lot of issues we’re working on, but one thing that should unite us all is we’re not going to allow violence to take away a child. And we need the community and we need the police together to do that.”

NYPD crime statistics show a mixed picture of violence across the city. For the week ending at midnight Sunday, there were six homicides. There were 10 slayings during the same week last year. However, 60 people were shot this past week citywide in 49 incidents. Last year, during the corresponding week, there were 17 people shot in 13 incidents.

The overall crime rate for the years is down 3%, thanks largely to a 20% drop in grand larcenies. 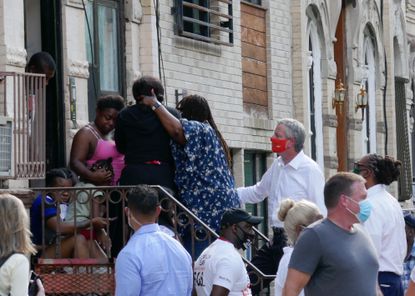 Brooklyn residents were shaken over the latest loss of an innocent life. Community anger was divided between the gunmen responsible for a rash of shootings throughout the city and Black Lives Matter movement leaders for not saying more about it.

“They march for everyone else,” screamed a woman near the scene. “Where they at?”

“The NYPD needs to start patrolling more of the areas, especially when they have barbecues,” Gardner said. “Not saying that something’s going to happen, but it could prevent it from happening sometimes.”

Gardner said Davell was his parents’ first child. She said the mother and father are both devastated by the loss.

Gardner said she last spent time with Davell on the Fourth of July, when he came for the day and stayed over. She smiled at the memory of him being scared of the fireworks. 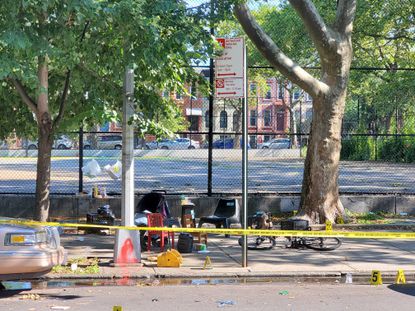 “It’s just hard to swallow right now, you know?” she said. “So now I have to plan a funeral. I do want it to get out, I want people to be aware that it could be anybody’s child. This has to stop. It has to stop.”

With Raymond Gomez and Michael Gartland