What about us? Bronx leaders call for same anti-crime funds promised to Jewish leaders after anti-Semitic attacks

Bronx community leaders on Monday denounced the Christmas Eve beating death of a man who was robbed of $1, and called for the same financial commitment that Jewish residents have been promised to fight hate crimes in their community.

One teenager has been arrested and charged in the death of Juan Fresnada. 61, who died in a brutal, caught-on-camera gang attack.

Fresnada was trying to protect boyfriend Byron Caceres from the determined muggers outside a McDonald’s on Third Ave. in Concourse Village when he took the brunt of a beatdown that left him with a fatal head injury.

Activists and elected officials said the attack was symptomatic of a broken community that needs resources to help fight crime and violence.

“The governor announced yesterday that he is investing $45 million that will be spent on security measures for our brothers and sisters in the Jewish community,” said Public Advocate Jumaane Williams.

“I’m happy we’re addressing their concerns. Where is the $45 million for these community groups that are working day in and day out doing their best to try and address this problem?

“Where is the $45 million to deal with the infrastructure problems that have been going on in this community for far too long? We are calling on the governor and the mayor and the city to help us be tough on crime.”

Cuomo, at a stop-the-hate solidarity march Sunday, said the state would spend $45 million for security at religious schools and institutions in the wake of anti-Semitic attacks that have rocked Jewish communities in the five boroughs and across the region.

A Cuomo spokesman, Jason Conwall, said the governor has looked out for the Bronx and communities across the state.

“The Governor’s commitment to safe communities for our youth and support for anti-crime initiatives are unparalleled, and to say otherwise intentionally ignores the facts in favor of ill-informed politics,” Conwall said.

Recent Bronx funding from the state has included $8 million for youth programming and facilities at Roberto Clemente State Park and $1 million to the Police Athletic League, Webster Center and the Madison Boys & Girls Club. 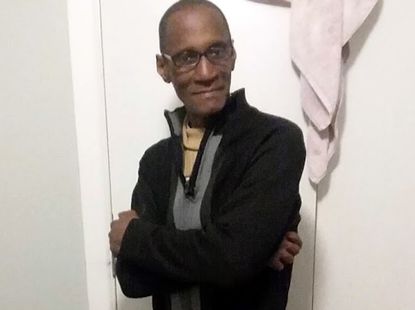 City Council Member Vanessa Gibson held up a flyer with images of the attackers in the Bronx crime, and urged anyone with information to come forward.

Abu Conteh, 18, was charged with murder, gang assault and robbery for the savage attack, but police said others involved in the atack remain at large.

“Families in this community were devastated by senseless violence,” Gibson said. “Only one individual was arrested for this horrific crime.”