A 21-year-old man was stabbed during a confrontation with at least eight suspects at an Upper West Side subway station early Monday, police said. 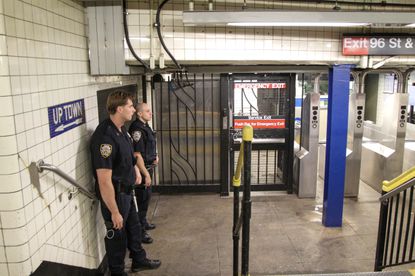 The victim, who initially told cops he was 16, has refused to provide his real name, police sources said.

The incident happened just before 2 a.m. on the northbound platform of the C train at the W. 96th St. station.

The victim told police a group of eight males in their late teens or early 20s attacked him, then ran out of the station.

He was stabbed in the upper body, then taken to Mount Sinai St. Luke’s Hospital. His injuries were not life-threatening.