“Two and a Half Men” star Conchata Ferrell is at a long-term care facility after a heart attack, according to her husband.

Back in May, the 77-year-old actress, who played Charlie Sheen’s hilarious and snarky housekeeper Berta on the long-running sitcom, ended up in the hospital due to an illness linked to an infection she had in December and January, her husband Arnie Anderson told TMZ.

Shortly into her 4-week stay in the ICU, Ferrell went into cardiac arrest for about 10 minutes.

The “L.A. Law” actress is now on a respirator and dialysis at a treatment center, or as Anderson called it, a respiratory unit.

Ferrell is reportedly stable and semi-conscious though she can’t speak or communicate. 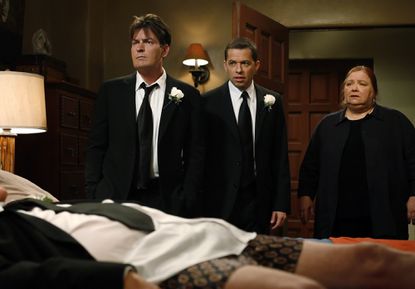 Back in December, the Emmy nominee was hospitalized with a kidney infection that had spread. Due to the infection having contaminated her blood, Ferrell was in a Charleston, West Virginia ICU for weeks and put into transitional care back in January, TMZ reported in mid-February.

Ferrell, who was bedridden after her stay, had finally been able to walk again and at the time of the report, was back in Los Angeles with hopes of getting back to work.

The coronavirus pandemic has made Anderson unable to visit his wife in the facility she’s at. Instead, he speaks often with her nurse.

“It’s going to be a while before there’s any recovery,” Anderson told the outlet Thursday. “It’s all neurological. There’s nothing we can do to speed … up the process. We are hoping for the best.”