They died in the same fight, one looking out for the other, as brothers and as heroes.

NYPD detective Joe Paolillo succumbed last week at age 55 to a rare form of cancer he contracted looking for his brother on the pile at Ground Zero in the weeks after the Sept. 11 attacks.

Hundreds of cops attended Saturday when the NYPD gave Paolillo an inspector’s funeral, which included a helicopter flyover and is the highest honor for an officer killed in the line of duty.

On that sunny late summer day in 2001, FDNY batallion chief John Paolillo, 51, who was based at an East Harlem firehouse, was on the 53rd or 54th floor of the World Trade Center’s North Tower, the second of the twin towers to collapse.

Joe Paolillo was one of the hundreds of first responders who for weeks dug through the rubble in hope of finding the remains of the dead.

He didn’t have to be there.

“When Joe found out his brother was missing, they put him on family leave,” said Paolillo’s wife Josephine.

“He went back anyway. He dug on that mound for a month hoping to find his brother.”

Finally, on October 8, John Paolillo’s body was found. He was one of 343 firefighters who died on Sept. 11.

He was laid to rest two days later — just as Josephine Paolillo gave birth to her and Joe’s second son. They named him John, after his fire hero uncle.

For the last 18 years, Joe told the story of his brother to his friends, family and anyone who would listen, his sister said.

“Joe had a special room dedicated to John,” said Sheila Kioskerides, the Paolillo brothers’ only surviving sibling. She noted that Joe Paolillo started a scholarship fund in John Paolillo’s name.

Finally, in January — as has happened to hundreds of first responders who survived the day of the attacks, or searched through the rubble afterward — the tragedy caught up with Joe Paolillo’s health.

He was diagnosed with a rare form of urethral cancer his doctors said was caused by his time at Ground Zero.

“They (the doctors) said this is something that’s found more in the Middle East than around here,” Josephine said.

Paolillo endured months of chemotherapy that “beat him to s--t,” said Jim Blandeburgo, who became best friends with Paolillo during their time working in the NYPD’s 19th Precinct on the Upper East Side.

The chemo did not stop the cancer from spreading. Paolillo had surgery in July to remove his urethra, bladder and prostate.

Losing those internal organs didn’t save his life. Weeks later, a scan showed the cancer had spread to his lungs, liver and abdomen. A few days after that, another scan showed it had spread even more.

“This hit Joe and it went through him like wildfire,” said Blandeburgo. “It was a systematic shutdown of the body. In a way it was good he went fast, but as fast as it was, his wife, that poor woman, watched that guy suffer.”

Like thousands of other first responders, Paolillo did not think twice about the long-term health effects of working at Ground Zero, his family said.

“Would Joe have stopped trying to find his brother if he had known that he was going to get cancer?" said Paolillo’s cousin Diana Huff. “No. There was no stopping him.” 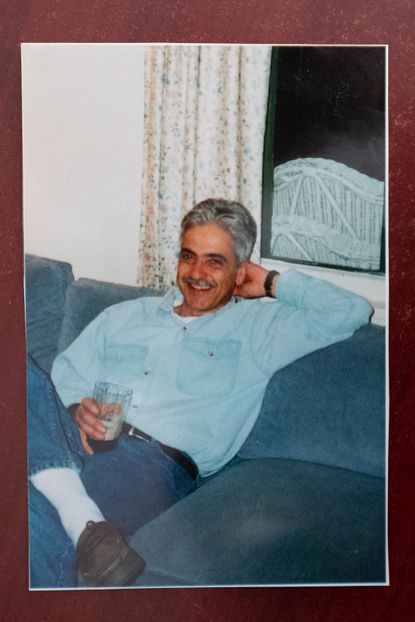 Blandeburgo, now retired, was also at Ground Zero in the weeks following 9/11, and said he also has “four or five certified illnesses as a result of being down there."

Blandeburgo said the World Trade Center Health Program is “fantastic” and that he wishes “every health organization and hospital was run like them.”

“Some of these senators who said they did not want to extend the funding for the program should see some of these men and women." 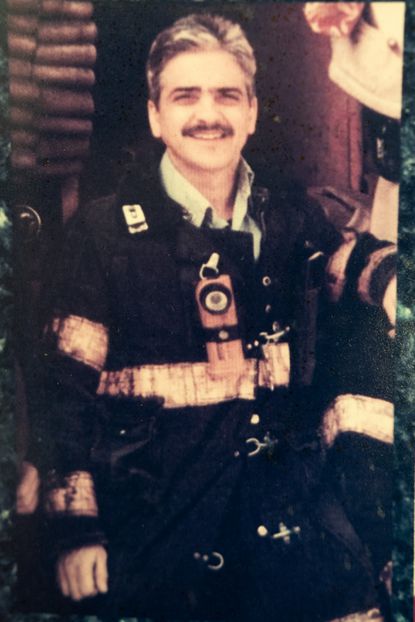 Paolillo, the youngest of three siblings from Brooklyn, was “a good kid who never got in trouble,” said Huff. “He kept a good crowd as a teenager — he’d sometimes get upset when I’d tease him, but that’s family.”

Paolillo is survived by his wife and three sons, Martin, John and Raymond.

Josephine said the NYPD has been incredibly supportive since her husband’s diagnosis. Several cops plan to take her to the pension office and help her with the paperwork.

“I saw people at this funeral that I haven’t seen in 20 years,” she said. “I couldn’t have done it without them — they were such a tremendous support group.”

“I was talking to his youngest son Raymond and said, ’The NYPD gave your father a nice send-off,” said Blandeburgo. Raymond was especially impressed by the helicopter flyover.

“He looked at me and said it was awesome,” Blandeburgo recounted. “He’ll remember this for the rest of his life. To me that really struck a nerve.

“Joe’s probably in that coffin smiling saying, ‘Wow — I can’t believe this.’" 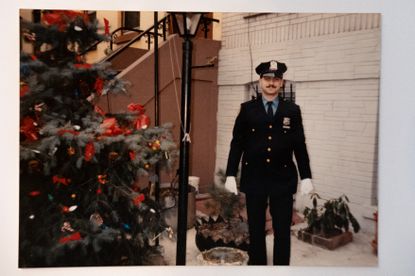