They were partners in crime, and when a 24-hour wave of murder and violence gripped the city earlier this month, they were involved in bloodshed that touched the life of a seven-year-old girl who saw her dad mortally wounded on a Bronx street.

Three Bronx gang-bangers were busted Thursday in the daylight drive-by shooting of Anthony Robinson, who was gunned down as he walked hand-in-hand with his daughter.

Just hours after Robinson’s slaying, a fourth suspect in the case became a murder victim himself, authorities said.

Davon Delks, 21, Devon Vines, 27, and Laquan Heyward, 25 — members of the violent “Sev-O” gang, an offshoot of the Bloods — were charged with murdering Robinson, who was one of nine men shot dead in the city on July 5.

The fourth suspect — Joel Baba, 22 — ended up dead two hours after Robinson was killed when he was slain in a double-homicide in a Bronx apartment building.

Delks, Vines, Heyward and Baba were all arrested in a gang take-down in 2016 that ended with all of them doing prison time.

Robinson, 28, had traveled from Brooklyn with his 6-year-old daughter Khloe to spend the July 4 weekend in the Bronx with friends and family, his girlfriend said.

The unsuspecting pair was holding hands and crossing the street near Sheridan Ave. and E. 170th St. shortly before 6 p.m. when a dark sedan slowly rolled up to them, officials said.

A passenger leaned out and started shooting as the dad and his little girl crossed the street.

Video of the daring daytime shooting shows Robinson, shot in the chest, falling to the ground as tiny Khloe lets go of her dad’s hand and dashes down the street to safety.

Cops said four shots were fired. Miraculously, none of them hit the little girl or anyone else.

Cops identified the three suspects in the days following the shooting and arrested them at their homes early Thursday. A motive for the killing was not immediately disclosed.

The fourth suspect, Baba, was beyond the NYPD’s grasp.

At about 8 p.m. on July 5 — when cops would still have been working the scene of Robinson’s slaying — two men gunned down Baba and Eghosa Imafidon, 27, inside an apartment building on E. 171 St. and College Ave. in Claremont. A third man, 29, survived the barrage with a gunshot to his arm.

Three men stood in the hallway of the apartment building. One looked down a stairwell, then turned and ran.

The victims cowered, trapped at the end of a hallway, as the second gunman approached them and kept firing.

Detectives were looking into whether Baba’s slaying was retaliation for Robinson’s death, police sources said.

Delks, Vines, Hayward and Baba were all busted in Nov. 2016 when cops took down 12 members of the Sev-O gang in four shootings, three robberies and a scam that netted the crew more than $200,000 from ATM machines. 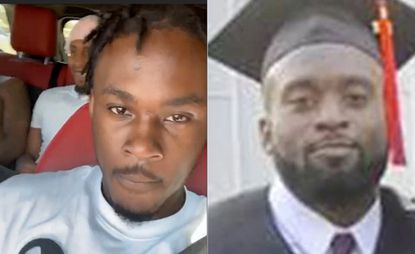 Another alleged member of the group caught up in that sweep, Rashaun Pope, was shot dead in Harlem in July 2018. He was 21 when he died.

In that case, prosecutors said the gang members of bragged about their exploits and posing with wads of stolen cash on social media.

Baba and another member of the gang, Deiondre Harris, were involved in a shooting that left a man grazed in the head with a bullet, proseuctors said. Harris posted a news article about the shooting on Facebook, and joked, “We going to jail … I hit something in the head,” prosecutors said.

Baba, who was convicted of weapon possession in 2018, was paroled June 11, less than a month before he and Robinson died.

Hayward and Vines were out on parole at the time of the July 5 murders.

Delks was sentenced to one to three years for conspiracy in 2017. He was released from prison in October 2018 and finished his parole in December.

The three suspects in Robinson’s killing were busted by the NYPD’s Bronx Violent Felony Squad with help from the Bronx Warrants Squad, the 44th Precinct, the Criminal Enterprise Investigations Section, and the Technical Assistance Response Unit, said NYPD Chief of Detectives Rodney Harrison.

Robinson’s girlfriend hadn’t heard about the arrests when reached by a Daily News reporter Thursday, and was elated by the good news. 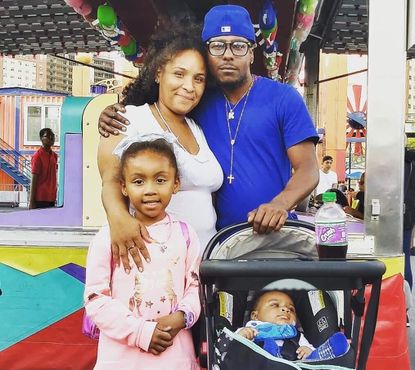 With Esha Ray and Gabriella DePinho