Oh my god, Mr. Sheffield, can you imagine?

The musical, produced by Brian and Scott Zeilinger (“Dear Evan Hansen,” “Mean Girls”), will be based on the iconic comedy, which ran from 1993 to 1999 and earned 12 Emmy nominations across six seasons of love and humor as Fran Fine (Drescher) forces her way into the uptight Manhattan world of Broadway producer Maxwell Sheffield (Charles Shaughnessy) and his three children (Nicholle Tom, Benjamin Salisbury and Madeline Zima).

Drescher will write the book for the musical with ex-husband Peter Marc Jacobson, with whom she wrote the original show.

“We are SO excited to be working on the Broadway musical The Nanny,” Drescher and Jacobson said in a joint statement. “Nobody is cast yet — we’re plotting — but we feel confident we will find a fabulous actress who is funny, charming and has a great voice.”

Rachel Bloom, who starred in and created the CW musical comedy “Crazy Ex-Girlfriend,” will write the music and lyrics with Adam Schlesinger, the show’s music producer.

“'The Nanny’ was a fundamental part of my childhood because it was the first time I saw an openly Jewish female protagonist on television," Bloom said. “The story of Fran Fine, however, is a universal one that has touched the hearts of people of every race, religion and orientation. I am so proud to be using the characters established by ‘The Nanny’ to tell a new story about one woman’s journey to becoming proud of who she is and what makes her different.” 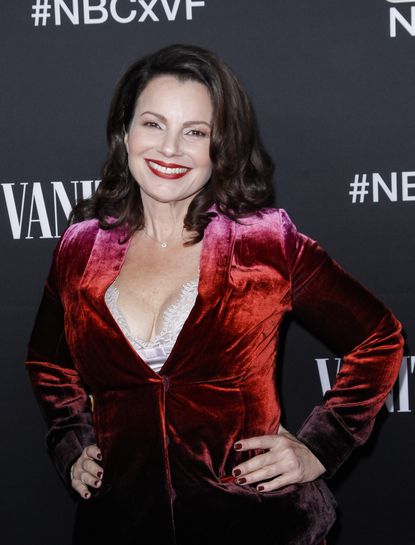 While a cast has not yet been announced, Drescher said she won’t be reprising her role.

“Of course I would do it myself,” she said, “but we’d have to change the title to ‘The Granny.’”