One day, rock star Chris Frantz found himself in a beautiful house with a beautiful wife. And he asked himself, “Well, how did I get here?”

His autobiography, “Remain in Love,” is the answer.

It’s also a chance for this Talking Head to get a few things off his chest. For example, yes, David Byrne is exactly as weird as you always thought he was. And he’s also kind of a creep, who double-crossed friends and abandoned lovers.

“He seems incapable of returning friendship,” Frantz, 69. writes. “We learned this from experience.”

Like many baby boomers, Frantz saw the Beatles on the Ed Sullivan Show and immediately dreamed of becoming a rock star. But first, there was a stint at a religious, all-boys boarding school. By the time he was ready for college, fine art had grabbed his interest. It was at the Rhode Island School of Design in the early ’70s, though, that Frantz met and immediately fell for another musically minded art student, Tina Weymouth. He went back to his drums, starting a band called the Artistics.

He was helping a friend score a student movie when the guitarist walked in.

The fellow, a RISD dropout, had hair “bleached blond, almost white, which contrasted with his black eyebrows and the profuse black hair on his arms. He wore black leather trousers that he said he had made himself. It was a wild look, very proto-punk.”

His name was David Byrne. After hearing him play, Frantz invited him to join his band. Later, Byrne would show up at Frantz and Weymouth’s studio with a spiral notebook. He had started writing lyrics – “I can’t seem to face up to the facts/I’m tense and nervous and I can’t relax” – but then petered out. Could they help him finish?

“It was our first songwriting experience together and it was proof enough to me that we should do more,” Frantz remembers. “I was determined, one way or another, to make it happen.”

The Artistics fell apart after graduation. Frantz and Weymouth, now intent on melding their fine arts and music into careers, moved to New York. Byrne joined them, and in 1974 they found a loft on Chrystie Street.

It was 1,200 feet of mostly raw space. It didn’t have a kitchen or a bathroom. It was infested with vermin, and the street outside was teeming with $5 hookers. But it was three blocks from CBGBs, then a new club that was open to even newer acts. 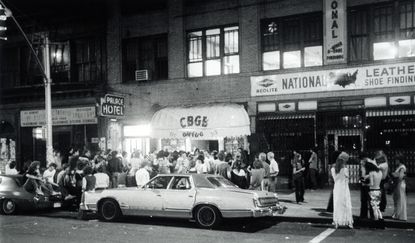 Frantz signed the lease. Then he began persuading Weymouth to start learning how to play bass. The fledgling trio, soon to be re-named Talking Heads, were about to join the punk scene with Byrne as their lead singer.

It was a risky choice. Byrne wasn’t just physically awkward, but fiercely antisocial. Later, Byrne would diagnose himself as “borderline Asperger’s, I guess.” But his performances were undeniably compelling.

Once the band started getting regular gigs, the buzz spread. Punk rockers who wore polo shirts? A frontman who looked like Norman Bates? 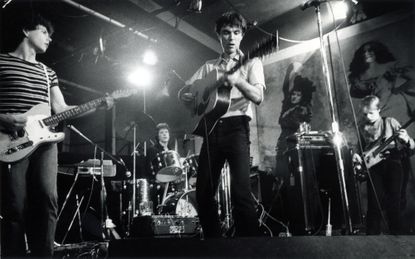 On Nov. 1, 1976, the three signed a record deal with Sire Records. Frantz celebrated by asking Weymouth to marry him. They wed the next year. They also brought in a fourth member, Jerry Harrison, to fill out the band, and started recording their first album.

Byrne, who said he couldn't sing other people's lyrics with conviction, demanded that he be the band's sole lyricist. 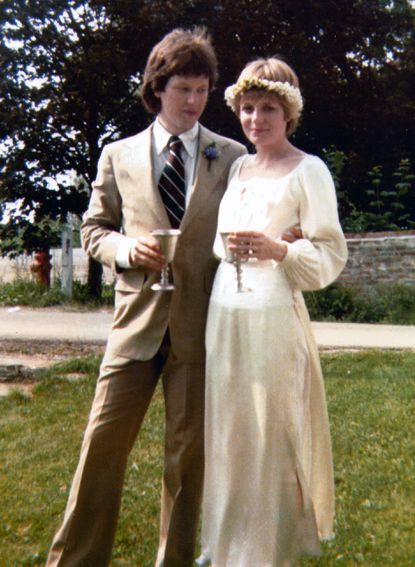 Soon the Heads were on their first European tour, opening for the Ramones.

It wasn’t quite as much fun as anyone would have imagined. The per diem the Heads were given, $5 each, didn’t go very far. Instead of cheering, British punks now showed their appreciation for bands by spitting on them. But the Talking Heads’ playing got better, tighter.

They returned to America for the release of their first album, “Talking Heads: 77.” And they began an American tour, with the cool-headed Weymouth doubling as road manager. It was a good fit. Certainly, Byrne couldn’t deal with promoters. And Frantz tended to party too enthusiastically.

Frantz had a particular fondness for hash and hallucinogens. Smartly he avoided the harder stuff, until one day a Rolling Stone – not Keith Richards, Frantz adds – offered him a snort before a show. Frantz took it, and while on stage, realized it was heroin. 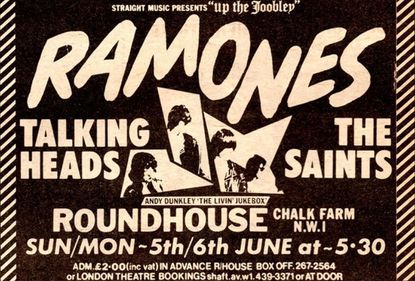 Getting through the performance was like “playing the entire set in slow motion,” he recalls. Since then, and since becoming the father of two, Frantz says he’s stuck to gentler highs.

As the Heads went on, they continued to explore and expand, in the albums “More Songs About Buildings and Food,” “Fear of Music,” and “Remain in Light.” Growing even larger, however, was Byrne’s ego.

Although the hit “Life During Wartime” began “as a jam between Tina and me,” Frantz claims, Byrne took sole credit. “He couldn’t acknowledge where he stopped and other people began,” Frantz writes.

Finally, after releasing four albums in four years, the band went on hiatus. Byrne and Harrison turned to solo projects. Frantz and Weymouth formed Tom Tom Club, a musical collective with a taste for sunny hip-hop.

“Genius of Love,” one of their first singles, went gold, which no Talking Heads record had ever done.

Its success convinced Byrne to return from some of his artier projects – including a collaboration with then-girlfriend Twyla Tharp – and record more Heads music. The band would release four more albums during the 1980s, and have their only Top Ten hit in 1983 with “Burning Down the House.” 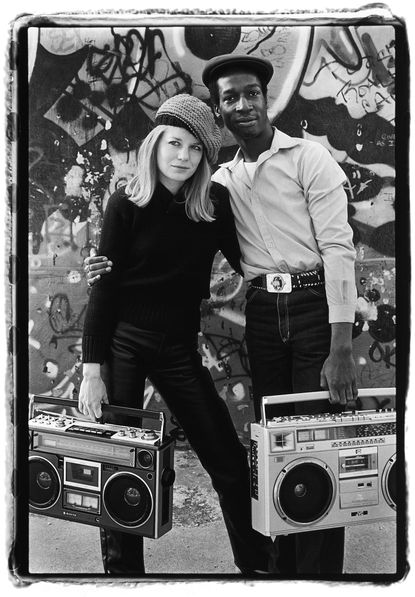 But Byrne’s itchy uneasiness only grew. In 1991, Frantz and Weymouth received a call from an editor at the Los Angeles Times. Was it true, as Byrne had told their reporter, that the “Talking Heads has broken up, or whatever you want to call it.”

It was news to them.

It seemed pointless to try to convince Byrne to stay. Still, it all ended in bad feelings and lawsuits. Apart from a one-off reunion for their Rock & Roll Hall of Fame induction in 2001, they haven’t played together since. That night, Byrne walked out of his marriage, abandoning his wife at the after-party.

Frantz and Weymouth spend their days making music, sailing and splitting their time between the Bahamas and New England. Byrne continues to work as a solo artist on an eclectic variety of projects.

That, Frantz says, that was the real reason for the breakup. It seems a record executive had convinced Byrne that no one would take his solo career seriously until the Heads were done. He had to burn his bridges.