Days after her brother was charged with killing three people at a New Year’s Eve party in Ohio, gymnast Simone Biles said she was “still having a hard time processing” the news. 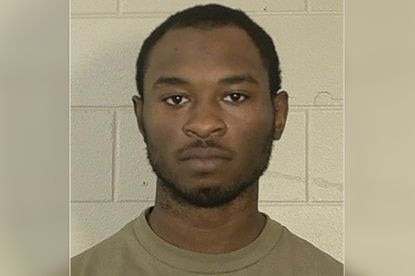 “My heart aches for everyone involved, especially the victims and their families,” the four-time Olympic gold medalist wrote Monday night on Twitter, her first time publicly addressing last week’s arrest.

Army soldier Tevin Biles-Thomas, 24, was taken into custody Thursday after a months-long investigation into the Dec. 31 incident in Cleveland. Police accuse of him of fatally shooting three young men during an argument between party guests and an uninvited group who abruptly walked into their Airbnb rental home.

“There is nothing that I can say that will heal anyone’s pain, but I do want to express my sincere condolences to everyone affected by this terrible tragedy,” his 22-year-old world-champion sister tweeted, before asking the public a favor. “I ask everyone to please respect my family’s privacy as we deal with our pain.”

Police said the New Year’s Eve altercation ended in gunfire and multiple people being shot. Two of the victims — Delvante Johnson, 19, and Toshaun Banks, 21 — were pronounced dead at the scene while a third man, 23-year-old Devaughn Gibson, died later at the hospital.

Biles-Thomas was arrested at Fort Stewart, an Army post in Georgia where he was stationed, but authorities have not released details of their investigation because the probe is still active.

The suspect was indicted by a grand jury on charges of murder, voluntary manslaughter, felonious assault and perjury. He’s scheduled to be arraigned Sept. 13 at the Cuyahoga County Justice Center in Ohio.

Cleveland Division of Police Chief Calvin William said in a statement last week that authorities are "confident that their efforts will bring justice for the families affected by this terrible incident.”