‘She was the protector’: Brooklyn family says woman killed just days after she demanded neighbors stop shooting fireworks near kids

A Brooklyn woman who demanded her neighbors stop shooting fireworks near children on the Fourth of July was allegedly targeted and killed for that demand days later, her grieving family told the Daily News.

Shatavia Walls, 33, was riddled with bullets in the courtyard of the Pink Houses in East New York on July 7, and died of her wounds Friday.

“I had seen her on the floor and she was laying there, and she said to me, “Ma I don’t think I’m going to make it,” her grief-stricken mother, Helen Testagrose, told The News. “She was on the floor. She was talking to me. She was telling me who shot her, saying it was the same guy from the other day.”

That “guy,” her mother said, got into a fight with her on July 4, after she told one of his buddies to stop lighting fireworks in the housing development’s courtyard.

“The kids were playing right there in the park. And they were shooting near the kids. And the little girl was hysterical. That’s why she asked them to stop.” her mother said. 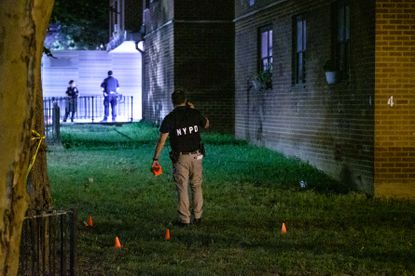 Testagrose believes the men shooting fireworks were part of a gang, and that they called for backup, but Walls didn’t back down and fought them off, even after the gunman started firing off shots.

Testagrose said she knows who shot her daughter. Police have made no arrests in the case. 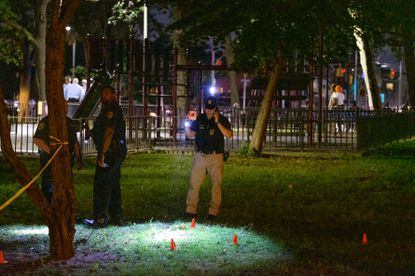 “If they were regular boys, it probably wouldn’t have been like that, but it turned out they were a gang,” she said.

Walls had her own alleged gang ties. In 2018, she and 11 reputed members of the “Mac Baller Brims,” a Bloods offshoot, were busted in a federal takedown. She pleaded guilty to conspiracy to distribute narcotics last year, and was awaiting sentencing.

Federal authorities didn’t call her a member of the gang, but accused her longtime boyfriend, Kevin St. Hill, of being a member. According to federal documents, Wallls brought a gun down from the Pink Houses for St. Hill, who intended, but never did use it to shoot a group of rivals. 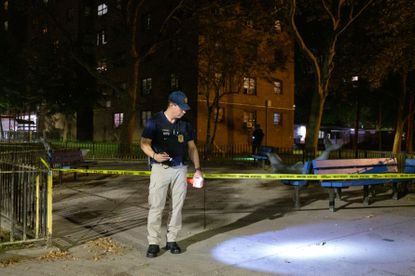 Her mother downplayed the charges against her Sunday, telling The News: “She was never in the gang. It was her husband that got arrested. Whatever her husband is, she doesn’t know anything about that.” He’s been in jail for the last three years.”

Police sources said cops were investigating the dispute over fireworks as a possible motive for the shooting, but the killing remained under investigation Sunday night.

Walls’ mom and best friend described her as a tough but lovable woman who took the children in the housing development under her wings and loved to cook. 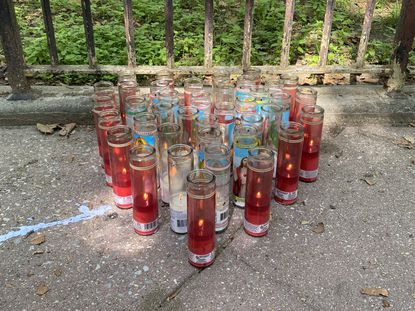 “Sha is a tough but huggable teddy bear. I mean in the world we live in you can’t let people abuse you because we women. But you see where we live, we grew up tough,” Lee said. “Sha loved kids. Because they respected her. Even when their mothers are upstairs not watching them, Sha was watching them. Even when she didn’t even know the kids. Even little kids. She was the protector.”

Added her mother, “She was a big aggressive girl, you don’t disrespect her. She was a fun girl, she played with all the kids, all the old adults. She loved the kids, you’d see her out there playing with them in the water fights. That’s how she was.”

She cooked for everyone, and specialized in making seafood and pasta dishes, her mother and friend said. 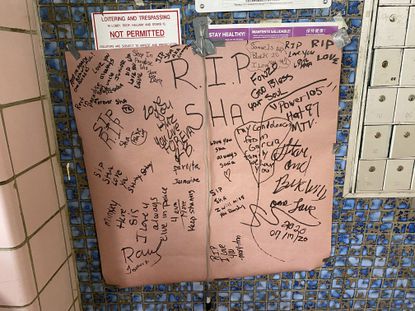 “Shrimp. Lobsters. Crab legs. So it don’t matter, we eat. And she’s Italian too so we got the best of both worlds,” Lee said.

Lee added that she doesn’t know how she’ll go on without her friend.

“We did everything together. Playing handball, cutting school. Her mother raised me. I’m the adopted sister,” she said. “It’s crazy. It’s like a feeling that you can never get over. It’s unbearable. These are people you think you could never lose.”