SEE IT: ‘He was working me like a lumberjack chopping at a tree,' Navy vet says of federal officer who beat him in Portland protest video

The Navy veteran seen in a viral video being beaten with a baton as he stands peacefully at a Portland protest says he’d like to sit down with the federal officer who whacked him so hard his hand is fractured.

“I’d like to meet him one day for a cup of coffee and ask him why he would do that to another human being. I genuinely would. I have no idea who this dude is,” Christopher David, 53, told the Daily News.

David, who graduated from the U.S. Naval Academy and worked for the Navy’s Civil Engineer Corps before becoming a lab scientist with the VA Portland Healthcare System, said he attended the protest Saturday night after seeing reports of federal agents detaining protesters in unmarked vans, he said.

“I wanted to ask them why they weren’t following their oaths to uphold the Constitution,” he told The News.

“I haven’t been protesting before this. What really triggered me was seeing video of the federal officers in camouflage with no insignia abducting people off Portland streets and putting them in vans. That’s what drove me to go out,” he said.

David said he listened to some health care professionals speak at the Saturday protest and was in the park across from a courthouse when he saw the federal officers start swarming around 10:30 p.m.

“A group of about eight or 10 ran out in a phalanx and just plowed into people, knocking them down,” he said. “They were acting like a gang with clubs.”

David said he walked into the street to ask the officers about their oaths, but it was so loud, he’s not sure they heard him.

“One of them pointed his weapon right at my chest from about 3 feet away. They started gathering around me and shoved me. I just stood there with my arms down. Then a little dude decides he’s just going to start whacking me,” David said.

“He was working me like lumberjack chopping at a tree. Then they pepper sprayed me. They got me point blank a couple times,” he said.

David said the officers also used CS gas, and he stumbled in “bad shape” back to the park, where he was “rescued” by medics who got him to an ambulance. He was then transported to the VA hospital where he works, he said.

“I’ve got fractures in my hand,” he said. “He took a nice swing at my hand and broke it in a couple places and then whacked me one more time on my back for good measure.” 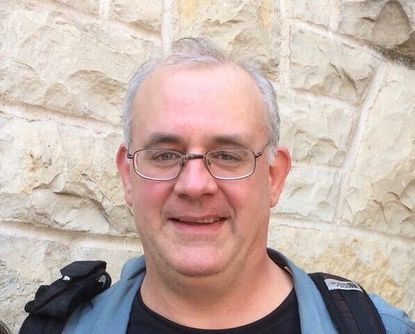 Ken Cuccinelli, the acting deputy secretary of the Department of Homeland Security, told CNN that the officers who confronted David were with the U.S. Marshals Service.

Cuccinelli defended the presence of federal officers in Portland, saying they were needed to respond to a threat to federal facilities “that did materialize.”

“I’m angry that this is continuing. I’m angry that Ken Cuccinelli will not back down. He saw my video on CNN, and he gave no answer as to whether it was appropriate or not. He just dodged the question,” David told The News.

The video of David’s beating, taken by Portland Tribune reporter Zane Sparling, had been viewed more than 11 million times as of Monday afternoon.

On Friday, the American Civil Liberties Union Foundation of Oregon filed an amended complaint against DHS and the Marshal’s Service, saying they used tear gas, rubber bullets, batons and arrests with “deliberate indifference” to the First Amendment rights of protesters and neutral observers.

“Since President Trump ordered federal agents to go to Portland to quell protests, federal agents have been working together with Portland police to violently disperse demonstrators and neutrals,” the lawsuit states.