Police on Saturday released images of a black Dodge Charger they believe was involved in the Brooklyn drive-by shooting that killed a man sitting in his car.

Victim Malik Williams, 21, was behind the wheel of a car on Shore Parkway near Haring St. in Sheepshead Bay around 12:40 a.m. on July 12 when someone in a passing vehicle opened fire.

Williams, of Canarsie, was shot in the face. Medics rushed him to Coney Island Hospital where he died of his injuries on Wednesday, cops said.

The gunman sped off east onto the Belt Parkway, witnesses told police. 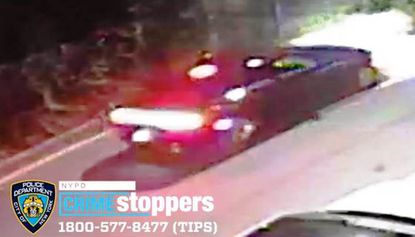 It was not immediately clear why Williams was targeted.