A Pennsylvania man has been arrested in the disappearance of an 18-year-old Amish girl who has been missing since Father’s Day.

Officials began investigating Smoker after witnesses reported to police seeing an Amish woman in a car that matched his red Kia Rio sedan, according to WGAL.

Linda Stoltzfoos was last seen on June 21 walking home from church near Bird-in-Hand.

The FBI announced a $10,000 reward for information Friday.

Officials still have not found Stoltzfoos and it’s unclear if she’s alive. Prosecutors said Saturday they believe she was “harmed following her abduction.” 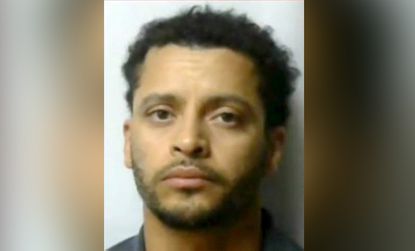 Investigators found the Kia Rio parked in a wooded area in Ronks on June 23, two days after she went missing. Clothes believed to be Stoltzfoos’ were found buried nearby.

Anyone with information about her whereabouts is asked to call 1-800-CALL-FBI or contact the East Lampeter Township police.

Smoker is being held without bail.