An Occupy City Hall protester has been charged with trying to cut the brake lines on an NYPD van in Brooklyn, authorities said Sunday.

An NYPD detective says he spotted Jeremy Trapp moving around under a marked NYPD van parked on Fourth Ave. near 43rd St. in Sunset Park about 4 p.m. Friday — and recovered a pair of scissors from him.

Authorities say the incident was caught on surveillance video.

Trapp, 24, turned out to have cut the wrong wire, authorities say. The line he allegedly snipped measures the speed of the wheels, according to court papers.

Trapp was hit with a slew of charges including reckless endangerment, criminal mischief, criminal tampering, auto stripping and obstructing governmental administration. He was released without bail the day after his arrest and is due back in court in December.

Police sources said Trapp is an Occupy City Hall protester. The group has been camped in City Hall Park around the clock for weeks demanding the defunding of the NYPD.

On Wednesday, Occupy City Hall protesters scuffled with cops on the Brooklyn Bridge.

Quran Campbell, 25, allegedly punched Lt. Richard Mack of the NYPD Strategic Response Group in the face during the clash. The pummeling caused multiple fractures of the officer’s orbital bones and cuts that required 12 stitches, prosecutors said at Campbell’s Thursday arraignment.

When NYPD Chief of Department Terrance Monahan tried to intervene during the fracas, Campbell then punched him in the face, according to court papers. 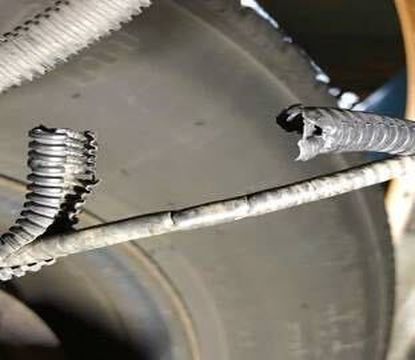 Campbell was charged with felony assault and was freed without bail under supervised release.

Chanice Reyes was charged with felony assault for allegedly thrashing an NYPD sergeant and lieutenant with a cane at the same protest. Reyes made $7,500 bail and was freed Friday.