A NYCHA contractor admitted to committing fraud and failing to pay its workers the prevailing wage in a New Year’s Eve plea deal with the Manhattan DA’s office, court records show.

The agreement requires that Brooklyn-based SAC Restoration cough up $154,000 in back pay and unpaid workers’ comp premiums within the next three months.

SAC owner Sima Chand and her husband, Avtar, an officer with the company, admitted in the Dec. 31 deal with prosecutors that they filed “certified payrolls” with the New York City Housing Authority that showed they were paid the prevailing wage.

“In fact, we did not perform said work and were out of the country on vacation in Nevada, the Dominican Republic, the Bahamas and India on the dates we represented we were performing plumbing, painting and carpentry work,” Sima Chand said in a written statement included in the plea deal.

NYCHA, which has been under the oversight of a federal monitor for nearly a year, has struggled to ensure contractors and its own workers behave ethically. In recent years, higher-ups there have lied to the federal government about failing to conduct lead inspections and have falsified reports about elevator inspections.

In the two NYCHA reports monitor Bart Schwartz has put out since assuming his post, he has expressed continued concerns over whether NYCHA is paying “sufficient attention to ethical behavior and standards of conduct.”

The Chands behavior offers one more reason for concern. Instead of doing the work themselves — as promised — they used three day laborers, who, according to the plea agreement, “were paid far less than the prevailing wage of $41.75 per hour.”

Those workers are owed $122,780. The Chand’s are also required to pay out $32,188 in unpaid workers comp premiums to the New York State Insurance Fund. If they fail to pay in full, they could face up to a year behind bars — the same stretch they would have faced had they not cut a deal.

As part of the plea agreement, the two waived their right to appeal.

The two were both initially charged in a criminal complaint brought by the city Department of Investigation. The DA’s office said the city Comptroller’s office, the state Insurance Fund and the NYCHA Inspector General aided in the probe.

The Chand’s attorney Mitchell Barnett declined to comment. NYCHA spokeswoman Barbara Brancaccio noted that NYCHA had no part in the plea deal.

“The authority holds its vendors accountable for lawful compliance with prevailing wage guidelines,” she said, adding that NYCHA performs vendor name checks on contracts of $250,000 or more. "NYCHA does not have any current contracts with SAC, and we have put additional measures in place to ensure that contracts will not be awarded to this vendor.” 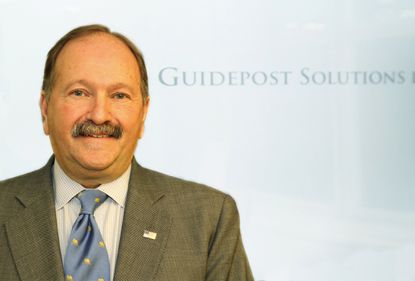