Outdoors is in, and indoors is out. At least for the time being.

The next phase of New York City’s coronavirus re-opening will kick off Monday, but not fully as planned.

Mayor de Blasio laid out details Friday of how the Phase 4 re-opening would proceed, noting that the resumption of many indoor activities initially planned would have to be scrapped until further notice.

The resumption of outdoor activities like the reopening of zoos and botanical gardens, movie and TV show production, and professional sports without crowds will proceed. 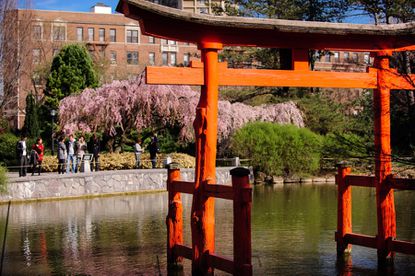 Under the current plan, indoor dining also will not immediately be permitted.

Phase 4 is the final phase of re-opening throughout the state. With the Big Apple jumping into the mix, the entire state will enter that stage in one form or another on Monday.

“We’re feeling very good about what we’ve done, and I applaud all New Yorkers, Cuomo said.

De Blasio said that some other indoor activities can proceed under Phase 4, albeit with the proper restrictions, but he did not outline what those activities are and what restrictions would be imposed on them. A message to the mayor’s press office was not immediately returned.

The city will also be expanding its Open Streets program, which closes down streets to cars, to include 40 more blocks that will allow outside dining on Fridays through Sundays. The new blocks include space for Kettle of Fish and Blind Tiger in the West Village, Salsa Con Fuego in the Bronx and Concord Hill in Brooklyn, among others.

The Open Restaurants program, which includes about 8,600 eateries and allows dining on sidewalks and curbside, will remain in effect until the end of October.