City schools Chancellor Richard Carranza is getting an earful from critics who don’t agree with his plan to diversify the city’s infamously segregated specialized high schools. 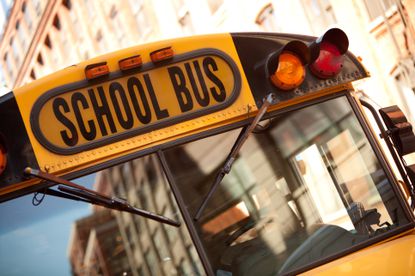 Opponents from Sunset Park to Albany have decried his efforts to do away with single-test admissions for the group of eight elite city schools, including Brooklyn Technical High School, the Bronx High School of Science and Manhattan’s Stuyvesant High School.

But, in an exclusive interview with the Daily News, Carranza said he’s not backing down, nor is he willing to compromise on measures that would alter, but not replace, the status quo, where black and Hispanic students account for just 10% of the top schools, even though they are nearly 70% of the student body.

The city’s specialized schools have become a flashpoint in a broader conversation about racial and economic segregation in the city’s 1.1 million-student school system, which research shows is one of the most segregated in the country.

A 1971 state law controls the admission process for at least three of the city’s eight elite high schools, mandating the use of an entrance exam that Carranza believes is a faulty indicator of student talent.

Carranza opposes the law and wants to replace the test with a plan to take top students from all city middle schools.

He doesn’t care to change the exam. He wants to eliminate it.

“The notion of making a bad system a little bit better is not something I’m interested in,” Carranza said, citing an April poll that showed a majority of New Yorkers want to scrap the test.

“There’s no other reason for that law except to stop the integration of those three schools,” he said of the 48-year-old Hecht-Calandra Act.

“Some people would say it’s racist,” he added.

But in a wide-ranging discussion of his first year in office, Carranza, who entered a school system building on years of steady gains, admitted some of the operational fixes he’s working on are taking a bit longer than expected.

The system is still relying on temporary leadership in its office that handles its student transportation. The last boss was fired in October amid a scandal of stranded students and corrupted hiring practices that prompted a federal investigation and outside audit of bus contracts.

Likewise, a temporary leader is in charge of the office of school food after the school support shakeup in the fall.

Carranza said the city is nearing an agreement on busing contracts with newer buses and a deal to improve service by allowing drivers to preview routes before the first day of school.

But he said a plan to install GPS tracking systems on yellow buses by the start of the upcoming school year in September may be delayed, citing shortcomings in the technology that’s currently available.

As the city school system faces its first budget cuts in years, Carranza is seeking to extend key components of the mostly unpopular Renewal Schools program, which ends this year and achieved only mixed outcomes for students despite a $750 million price tag.

Carranza has achieved clean victories with a series of efforts meant to amplify input from students and families in educational policy and the city schools’ first student voice manager, Amallia Orman, started on the job this month.

He also said a new deal governing the role of police in the city schools would be announced soon, replacing an outdated agreement governing the NYPD’s control of school security from 1998.

Advocates who have pushed for a sharper limits on the role of police in schools may be disappointed.

“There’s going to be some modicum of police presence in schools. The key is, how do we mitigate that so it’s not overwhelming, it’s not stifling and it doesn’t feel like a law enforcement-heavy environment,” Carranza said. “That’s the work.”