The wheels on the bus go round and round – but not as well on Mayor de Blasio’s watch. 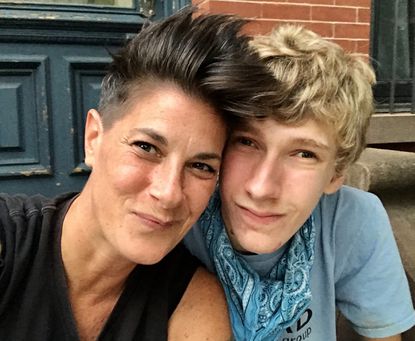 School buses are breaking down and running late more often – and special education students are the most affected by the transportation woes.

While special education students are more likely to take school buses instead of mass transit to get to class, they’re also the most vulnerable when routes and their schedules are disrupted, advocates say.

“When you have a child who doesn’t communicate, it’s even scarier, because you don’t know what’s going on,” said Lori Podvesker, a policy manager with INCLUDEnyc, a nonprofit that advocates for families and children with disabilities. “Some kids may not be potty trained because of developmental disabilities, you have kids with sensory processing disorders who may be overstimulated by all the things going on in their environment because of a breakdown.”

Podvesker described fear and frustration waiting for the school bus to pick up and drop off her 16-year-old son Jack, who has cerebral palsy and is nonverbal. Sometimes she doesn’t know where he is for hours if the bus is late.

Jack’s bus has also been so late picking him up that she had to ask the school to move speech therapy so the critical class wasn’t first thing in the morning – when delays could cause him to miss out.

“It’s not OK that these kids are getting left behind,” said Podvesker, who is also a member of the city’s Panel for Educational Policy. “I’d like to know how much instruction he’s missing.”

Most of the breakdowns and delays in the last four school years — 238,918 — occurred in the morning and most – 214,784 – were caused by heavy traffic, followed by mechanical problems, the engine not starting, flat tires and the weather. Just over 3,000 delays and breakdowns were caused by crashes.

When Marie Pierre’s nine-year-old son Jeremiayh was on a school bus that got into an accident four years ago, she couldn’t track him down until she got a call from Kings County Hospital just before 7 p.m.

“That’s when they realized he had a mother,” Pierre said. Her son has Down Syndrome and a speech disability. “He still cannot identify himself,” she explained.

But the bus driver doesn’t even know where Jeremiayh is sometimes.

In one 2017 bus blunder, the driver insisted Jeremiayh had already got off even though he was still on board. When Pierre confronted him, she said, the driver screamed at her and slammed the bus doors on her.

“He was dropping him at 6 pm, even though he was not supposed to be on the bus for more than two hours,” Pierre said. “He couldn’t even care less whether my son was getting off the bus or not.”

The city announced Wednesday that all school buses are on track to have GPS this year. But the GPS doesn’t include maps for families to watch their kids’ movements. Instead, location data will be sent to the Office of Pupil Transportation, which parents can contact for updates as opposed to calling individual bus drivers and companies.

The Department of Education is also adding stricter penalties for blown bus routes.

A contract waiver used to shield bus companies from hefty fines or penalties if they showed up late, missed a route, or failed to communicate with parents, but that has been lifted. This allows the city to enforce fines of $230 if kids are dropped off at school five minutes or later.

There’s been a pattern of “incompetence, indifference and inertia” within the Office of Pupil Transportation and DOE over school bus issues, according to Councilman Mark Treyger (D-Brooklyn).

“The increase speaks to a culture of no oversight,” said Treyger, who chairs the Council’s education committee. “If no one is watching over the system and holding bus companies accountable, of course they’re going to get away with this.”

Treyger hopes families will benefit from the changes the DOE already announced but said the city will ultimately be judged on the first days of school and “whether kids get to school on time.”

“Students and families deserve better than delayed or broken down buses, and that’s why we’re installing GPS on every bus to increase oversight and accountability that will limit service disruption," DOE spokeswoman Miranda Barbot said. "The number of routes has increased 20% in the last few years and traffic accounts for the bulk of delays, so we’re adding more trial runs to reduce delays and holding bus companies accountable for lateness.”

Buses operated by Leesel Transportation Corp., Reliant Transportation, Inc., G.V.C., LTD and Pioneer Transportation saw the most delays and breakdowns. Their contracts were worth more than $294 million last fiscal year.