An uptick in coronavirus cases among younger people has New York City officials concerned about the possibility of a broader surge, but they’re still not sure what’s causing it.

The surge in cases among people in the 20- to 29-year old age range could be a result of looser adherence to social distancing and mask-wearing guidelines, Mayor de Blasio said, but his top public health adviser said it’s not entirely clear that’s the case.

“It’s a lot,” de Blasio said of all the measures people are expected to take to stop the spread of COVID-19. “And let’s face it, it’s harder in many ways on younger people.”

While his top public health adviser Jay Varma said Tuesday that could be the cause, he noted that the pattern is not totally clear cut.

“We haven’t seen any particular pattern or connection between these cases that would explain the rise. What we have seen is that the pattern of cases doesn’t exactly match the same pattern that we’ve seen before,” he said.

The current pattern, he added, doesn’t line up with the racial and poverty disparities that have existed throughout the five boroughs since COVID-19 hit the city.

“This would imply it really is closely related to, you know, all the things we would expect: that people are now moving around more, they’re socializing more,” he said. 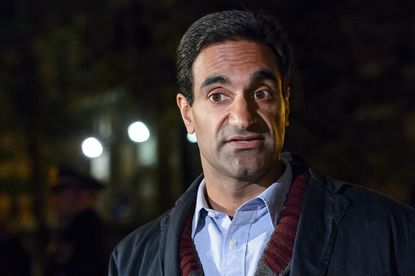 Counteracting that is a matter of conveying to young people more strongly the need to mask up and keep a safe distance from others, Varma said.

“Our goal is to go lower,” the mayor added. “The further we go with educating people, the farther we go with ensuring that we take every precaution against what’s coming up ahead, I’m pretty confident that we can get better. I’m talking about before there is a vaccine.”