Minnesota rapper livestreams chase before being shot and killed by police

Police in Minnesota fatally shot an aspiring local rapper who they said “confronted officers with a knife” over the weekend after livestreaming the encounter from his cellphone.

Brian Quinones ran a red light around 10:20 p.m. Saturday and then led police on a chase from Edina to Richfield, two cities south of Minneapolis, according to the Edina Police Department and emergency dispatch audio obtained by the Minneapolis Star Tribune.

The 30-year-old artist, who released a new album under the name “Blessed The MC" hours before the shooting, streamed himself live on Facebook during the pursuit. The original video has been taken off the platform, but some of his friends have since shared parts of the footage online.

The video shows Quinones calmly driving his car while listening to music and sometimes singing along. The flashing red-and-blue lights from police cruisers behind him can also be seen in the footage.

The Puerto Rican native, who also worked as a barber and a painter, eventually got out of the car and was shot by police after they said he refused to drop the weapon. The video does not clearly show whether he was holding the knife as he got out of the vehicle, but several gunshots were heard just seconds after he stopped the car.

Police have not released details of the shooting or their investigation, but Quinones’ actions the day of the incident suggest he may have known what would happen that night.

Moments before he was killed, he wrote “So sorry" on Facebook. Earlier on Saturday, he shared a link to his new album on Facebook and wrote, “I Pray You Treasure It... My Hearts Inside It.” Some users on social media have also noted that the lyrics from the album also appear to foreshadow the deadly outcome.

Officials in Edina released a statement Sunday noting that no officers involved in the shooting were injured.

“While the Hennepin County Sheriff’s Office continues to investigate a Sept. 7 officer-involved shooting, the City of Edina grieves alongside the family of the deceased, the officers involved and their families, and the Richfield and Edina communities,” the statement reads.

The incident has sparked outrage in the community, which is not far from the site of another fatal police shooting three years ago. In 2016, an officer in Falcon Heights killed black driver Philando Castile, drawing angry protests in the region after his girlfriend livestreamed the moments after the shooting on Facebook.

“The full details and circumstances surrounding this devastating tragedy have not yet been revealed,” Black Lives Matter Twin Cities Metro wrote on Facebook. “We know that police use of deadly force happens all too often to Black and Brown men in Minnesota and across the nation, and there is typically no police accountability.”

Quinones’ public Facebook profile has been filled with messages from followers and friends praising him as “an awesome father" and a skilled artist. 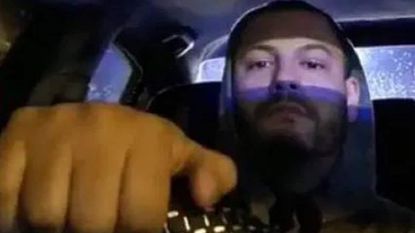 “RIP Brian J Quinones, you really didn’t deserve that and I’m so, so sorry you were battling with demons you couldn’t escape,” Facebook user Samantha Connors wrote. “It’s so sad to see a dedicated father, family man and overall great man go out the way you did… I’m so sorry.”

“This one is too close to home, as far as police brutality,” Cy Harrington wrote. “Prayers to his family, his son meant EVERYTHING to him.”