Mariah Carey is commemorating the 30th anniversary of her debut album in grand style.

The pop music star has launched the first piece of content in her #MC30 series — what’s she’s calling her weekly celebration of herself — with “The Live Debut – 1990,” a four-song digital EP of her first-ever live performance, which took place at New York City’s Tatou Club on Oct. 22, 1990.

The songs she performed during that breakthrough showcase are “Love Takes Time,” “Vanishing,” “Don’t Play that Song (You Lied),” and Carey’s first pop number-one hit, “Vision of Love.”

The new album should not to be confused with her multi-platinum-selling “MTV Unplugged” opus, which was filmed at Kaufman Astoria Studios in March 1992 and followed the success of of Carey’s previous two albums “Mariah Carey” and “Emotions.”

On Instagram, the singer/songwriter posted a video clip excerpt of the performance with the caption: “We don’t acknowledge numbers, but we do acknowledge when it’s time for a celebratory moment! To kick off #MC30, one of my very first live performances (from Club Tatou in NYC) is now available as a digital EP!”

"Disclaimer: the olive green crushed velvet ensemble was not my choice!" she added, referring to the dress she wore during the show.

Video footage of the performance is also available on YouTube.

In January, the Long Island native kicked of her 30th anniversary in high gear as the first artist ever to hit No. 1 on the Hot 100 in four different decades when her ubiquitous modern holiday classic “All I Want for Christmas is You” rode atop the charts for three consecutive weeks.

In addition to the weekly celebratory releases for #MC30, Carey recently announced that her autobiography, “The Meaning of Mariah Carey,” will be released on Sept. 29. 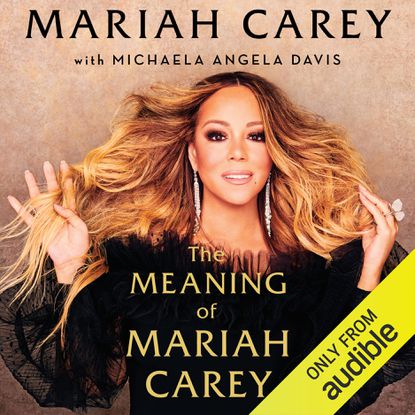 “Meaning” will dive into Carey’s journey facing complex issues of race, identity, class, and trauma during her road to success.

“It took me a lifetime to have the courage and the clarity to write my memoir,” she revealed with the announcement. “I want to tell the story of the moments — the ups and downs, the triumphs and traumas, the debacles and the dreams, that contributed to the person I am today.”

“Though there have been countless stories about me throughout my career and very public personal life, it’s been impossible to communicate the complexities and depths of my experience in any single magazine article or a 10-minute television interview. And even then, my words were filtered through someone else’s lens, largely satisfying someone else’s assignment to define me.”

Carey said the memoir was “incredibly hard, humbling and healing” and that she hopes readers are moved to a new understanding of not only her, but also the resilience of the human spirit.