Only two of the 28 ultra-orthodox yeshivas visited by the city Education Department over the past three years are providing an education that meets state legal standards, according to a long-awaited report released Thursday.

Schools examined by the city ran the gamut from teaching a full range of subjects in English, to offering no math or English courses, and providing students with no access to textbooks written in English. Of almost 140 elementary and middle school classes officials attended, about a third were taught exclusively in Yiddish, with the remainder taught in a mix of English and Yiddish.

The DOE classified 8 of the 28 schools as well on their way to meeting the state standard of providing an education “substantially equivalent” to the one offered in public schools. Another 12 met parts of the criteria, and five schools had almost no overlap with the requirements.

Naftuli Moster, the executive director of YAFFED, a group dedicated to reforming ultra-orthodox yeshiva education, said the report “reaffirms what we already know: That tens of thousands of children in New York City, including those in nearly 40 Yeshivas the city investigated and those which the city failed to monitor for decades, are being denied a basic education as required by law.”

Yeshiva supporters said the schools investigated represent a small fraction of such schools in the city and that on the whole, yeshivas score better on some metrics than public schools.

“Now that we know that out of 275 yeshivas in New York City, a handful need additional resources, let’s see if these so-called advocates will join me in advocating for additional government resources to help the 1% improve,” said state Assemblyman Simcha Eisenstein (D-Brooklyn).

The highly-anticipated report comes more than four years after a group of at least 50 yeshiva students and parents filed a complaint with the city Education Department which, under state law, is responsible for monitoring private schools.

The probe has been mired in delays and political deal-making, as an eye-popping report released by city investigators Wednesday detailed. They concluded that Mayor de Blasio’s administration agreed to delay the release of an unflattering preliminary report in exchange for securing the votes of state lawmakers as part of an effort to extend de Blasio’s control over city schools.

Investigators concluded City Hall didn’t cross any legal lines, and that the politically-motivated delay didn’t substantially impact the findings in the final report.

Education Department officials visited schools starting in March 2017 and up until May 2019. They observed some classes, along with reviewing curriculum materials and sending out surveys with questions for school administrators.

All 25 elementary schools told city officials they offered math and English instruction. Seventeen said they taught science, and 15 said they had social studies courses. Only three of the schools claimed they offered physical education.

Sometimes, the survey responses didn’t match what investigators observed in person. At one of the three high schools visited, administrators said the school offered English, math, science and history. “However, the DOE representatives did not observe any secular subjects being taught during their visit to the school," the report said. 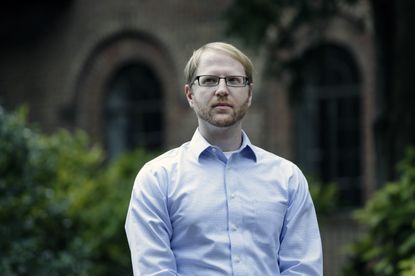 Thirty-six % of the elementary and middle school classes observed had some religious studies. Schools often argued that they taught secular educational skills like reading and math through their religious studies.

Officials are requesting a timeline for improvement from schools, and pledged to continue working with the yeshivas. The effort will be led by the city’s Office of Nonpublic schools. Proposed state guidelines that would boost districts’ oversight responsibilities are pending approval from the Board of Regents.

“The DOE believes that collaborative efforts are the best path to support schools,” Carranza wrote.