A homeless man who torched 135 cars including a fleet of luxury Mercedes-Benz cars at a Brooklyn mall last year was sentenced Wednesday to five years in jail — but was spared the $7 million in damages.

Evon Stephens, 23, pleaded guilty to charges that he set a fire at a Kings Plaza Shopping Center parking garage that caused more than 130 cars to burst into flames.

The blaze, visible from miles away, injured nearly 30 people, including 22 firefighters. Approximately 120 cars being stored in the parking lot by a local Mercedes-Benz dealership were destroyed in the inferno.

Prosecutors wanted Stephens, who sometimes slept in the parking lot, to pay restitution, but U.S. District Judge I. Leo Glasser drew the line.

The idea that the homeless man could come up with the cash was "clearly silly, to put it mildly,” Glasser said. 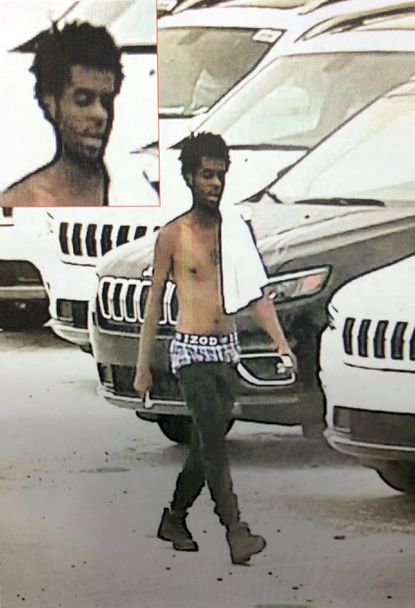 Stephens said he was sorry.

“I just want to apologize to the people that work at the mall, the people that go to the mall, and to the community, because I ruined a nice place,” Stephens said. “I wish I was in — what’s the place called — anger management program before this happened so I would have controlled my anger,”

The judge asked Stephens if he'd received any mental health treatment before his arson.

“Not really,” Stephens said. “My grandma would always talk to me in the house and tell me to behave. That’s the most help I ever had.”

Stephens told cops he torched the car that set off the blaze because people were having sex in the vehicles.

Stephens will be required to undergo mental health treatment as part of his three-year post-release period.