Hopefully she doesn’t get too tired walking from the cereal to the milk.

Kim Kardashian showed off her several refrigerators — one a walk-in fridge — and massive pantry in an Instagram video Thursday after people questioned her food supply in response to a previous post.

The 39-year-old mother of four understandably has a ton of food in the house, including four different types of milk for each of her children. It turns out that feeding a family of six isn’t too hard when you’re a millionaire.

“I have a walk-in refrigerator, where we keep all our fresh, organic produce,” Kardashian told her fans. “We are building, on the property, all organic trees to grow our own vegetables and do all of our own stuff.”

While she would probably like to rephrase the bit about “building...organic trees,” Kardashian detailed her admirable attempts to limit her carbon footprint with a healthy plant-based diet.

Despite the fact that she could run a restaurant with that much kitchen space, Kardashian’s dinner looked like something a college kid would whip up the night before an exam: two small tacos, some rice, corn and a little asparagus. 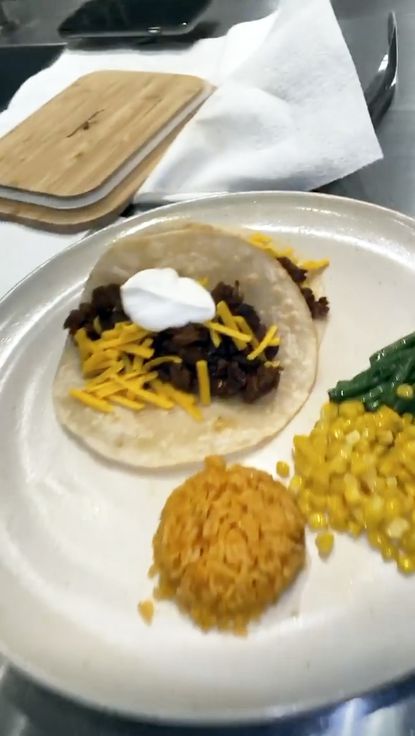