Kelly Rowland revealed she ‘tortured’ herself for being overshadowed by Beyoncé

It can’t be easy being in the shadow of Beyoncé – and no one knows this better than Kelly Rowland.

During Tuesday’s semi-final episode of “The Voice Australia,” the former Destiny’s Child member opened up about her resentment and insecurities of being associated with the international entertainment icon, who was the lead singer of the legendary girl group.

The “Dilemma” singer revealed all while bonding with contestant Chris Sebastian, who is the younger brother of the singing competition’s first winner Guy Sebastian.

Rowland empathized with the upstart Australian crooner, who admitted that he struggles with creating an identity that's separate from his successful brother. 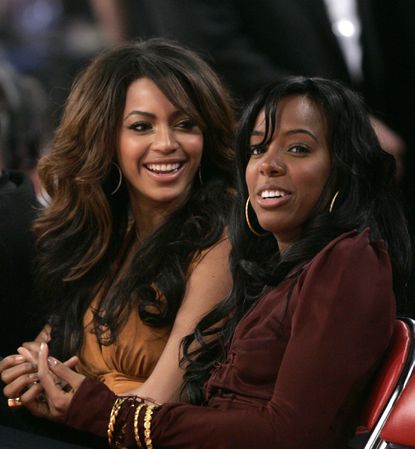 “I know this feeling. Can you imagine what it’s like being in a group with Beyoncé?” the 39-year-old Grammy Award winning singer/songwriter asked.

“I would just torture myself in my head,” Rowland continued. “Like, I can’t wear this dress because they’re going to say it’s like B. Or, I can’t have a song like that because it sounds too much like B...They’re gonna compare anyways.”

She confided to her show mentee that she felt so bothered about being constantly overshadowed by the “Deja Vu” singer, who went solo in 2002, it seemingly ate away at her for many years.

“There was a whole decade, if I am being completely honest, a decade where it was like the elephant in the room,” the Atlanta native continued. “It was the thing that would constantly be on my shoulder.”

By opening up about her past resentments, Rowland wanted to encourage Sebastian to not obsess over things he can change.

“This is your opportunity to carve your own path, even with [your big brother] sitting in that chair down there,” she concluded.

On her own, Rowland has released four solo studio albums and appeared in numerous films and television shows. In 2017, she authored the book “Whoa, Baby!: A Guide for New Moms Who Feel Overwhelmed and Freaked Out (and Wonder What the #*$& Just Happened).”