It was late in the afternoon of Jan. 31, 1968 when Ann Deidre Curtis set out to the grocery store to get some shopping done before the day turned dark.

Pushing her 3-month-old daughter in a carriage, the young Brooklyn mom greeted a pregnant neighbor — like Curtis, a registered nurse who had worked at nearby Kings County Hospital — and the two friends made plans for a quick cup of coffee once Curtis got back from the market and before she started making supper for her husband.

It was the last time anyone saw Curtis alive.

At about 5:30 p.m., just as the sun was setting, her husband James, a medical student, came home to their small apartment on Lenox Road near busy Nostrand Ave. in Flatbush.

Strangely, the lights were off and the baby was sitting in her stroller, cooing and calm but still in her winter snowsuit. A bag of groceries was on the kitchen table. There was no sign of his wife.

James called out to her, then walked to the bedroom. 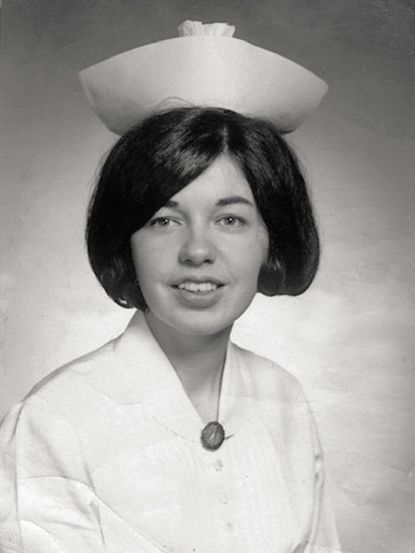 Curtis, 22, a petite, vivacious brunette everyone knew as Deedee, was lying face-up on the bed. Her body, clad only in a blouse and bra, was covered in blood and her face had been beaten beyond recognition. Around her neck was a towel used to throttle her. Broken glass from a shattered alarm clock was all over the sheets.

A frantic James immediately ran to a friend who lived in the building, also a nurse, and they unsuccessfully performed mouth-to-mouth resuscitation on Deedee. It was too late.

Police would later determine she had been sexually attacked and stabbed repeatedly.

Though Curtis’ death took a backseat to bad news from Vietnam — it came a day after the start of North Vietnam’s Tet Offensive that escalated the war — the savage murder of a young woman who left behind a beautiful baby girl and a husband with a bright future stunned New York, already in the throes of an alarming rise in crime amid reports of rampant corruption in the NYPD.

It was the second sex slaying in the city that week, and women — especially those who walked alone after dark — were understandably frightened.

Two days before Curtis was killed, a 59-year telephone operator coming home after a late shift in a Midtown hotel was robbed, molested and beaten to death less than a block from her Astoria, Queens home.

A month earlier, another Queens woman, a 47-year-old widow from Laurelton, was raped and fatally strangled in another late-night attack.

While there was no indication the crimes were linked, the police department moved quickly to quell the public’s fears. It established a 36-man, citywide task force responsible for patrolling areas near subway stations, bus stops and shopping centers to ensure the safety of women who were out late.

The NYPD even established a special phone number and exhorted women who thought they were being followed “not to panic,” then find the nearest phone booth and call for help.

“No screams at night should be regarded lightly,” the NYPD commissioner stated.

But it was a public relations ploy of little consolation to Deedee Curtis’ family, who were growing increasingly frustrated at the lack of solid leads in the case.

Other than the neighbor Curtis ran into on the way to the store, no one had seen her and the baby on the way back, heard any screams from the apartment or noticed any unsavory characters hanging around the otherwise quiet building. There was no forced entry, no sign anything was stolen.

Though she apparently put up quite a struggle, investigators initially theorized the killer may have been someone she knew. No one was above suspicion — not even her husband, who was studying to be an orthopedic surgeon. 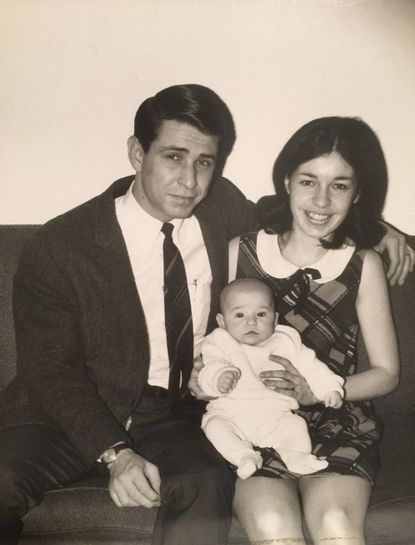 On the day of the murder, James Curtis, 27, had stepped out of their apartment at about 3:30 p.m. to make his rounds at Kings County Hospital, which was only about a block away, as part of the curriculum.

He told police he was only gone for about two hours, during which time the unspeakable happened.

It didn’t help that detectives learned James didn’t get along with Deedee’s parents. Or that her family, from Bellmore, L.I., didn’t know much about him.

“She was the oldest of three sisters, the prettiest of all of us and she always had a boyfriend,” Curtis’ younger sibling Suzanne Kilkenny, 17 at the time of the murder, recently told Justice Story.

“We thought we were pretty close, then one day she came home married and pregnant. Nobody knew of him.”

James Curtis was never really considered a strong suspect, however, and police weren’t any closer to finding one. Then two months after the crime, the papers made a big deal out of a grand jury looking into the case — an unidentified woman, described by the Daily News as a young pretty blonde, was among the witnesses. Her lawyer would only say she was a housewife who lived in the neighborhood, making tongues wag over who the mystery woman was and what she knew.

But like the police investigation, the grand jury probe fizzled, and the brutal murder of Deedee Curtis remains unsolved. Shortly after it happened, James Curtis broke all ties with Curtis’ family and left New York with the baby. He didn’t leave a forwarding address, according to Kilkenny.

More than 50 years later, Kilkenny is still looking for answers into her sister’s death. About a decade ago, after the death of her parents, she began delving into Deedee’s case again, hoping resources on the Internet — and the help of some Brooklyn cold case detectives she had met — would help shed new light on it.

“It’s been so many years, but something like this doesn’t leave you,” Kilkenny said. “You do go on and have a life, but it’s still there, always lurking. You just don’t forget.”

JUSTICE STORY has been the Daily News’ exclusive take on true crime tales of murder, mystery and mayhem for nearly 100 years. Click here to read more.